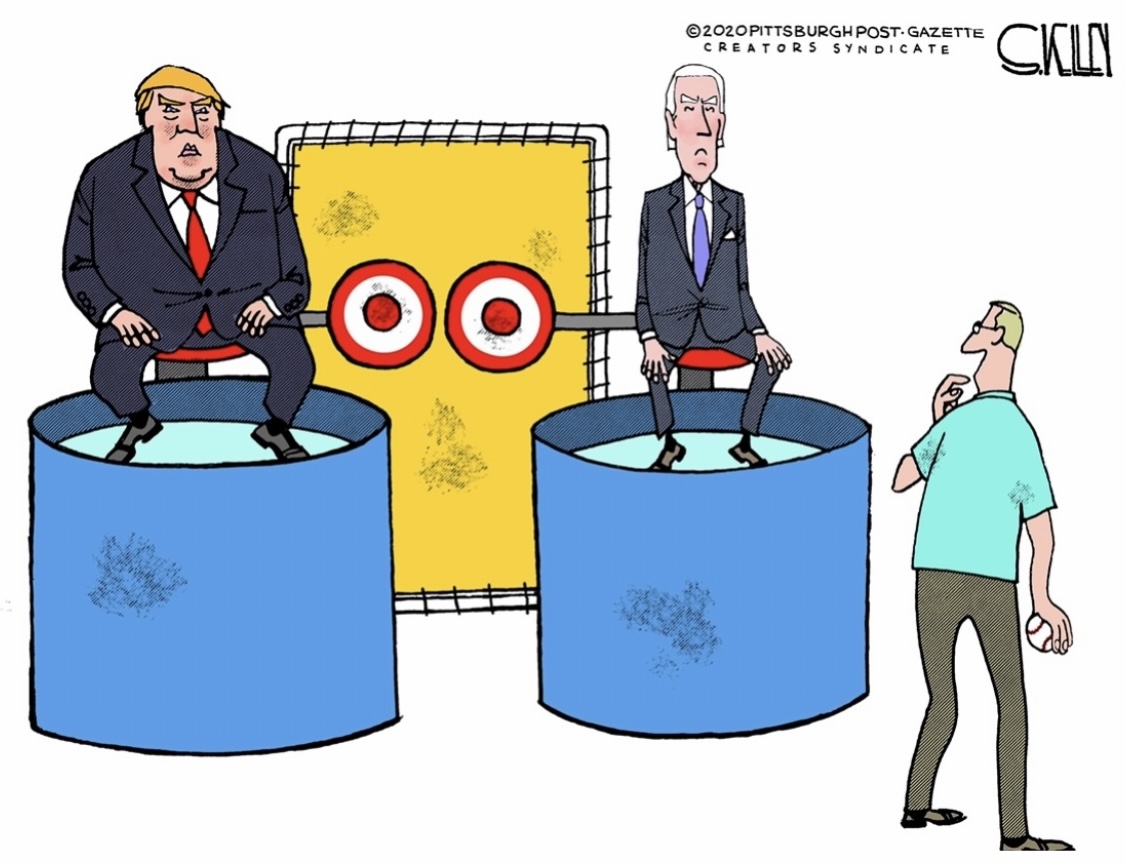 Steve Kelley is staff political cartoonist for the Pittsburgh Post-Gazette. He previously served as staff cartoonist for The San Diego Union-Tribune and The Times-Picayune in New Orleans.

Kelley is also a comedy writer and performer who has appeared at The Riviera, The Desert Inn and Harrah’s in Las Vegas, at Trump Tower in Atlantic City, and at Carnegie Hall in New York City. He made seven appearances on The Tonight Show.

Kelley graduated from Dartmouth College in 1981 and is the father of a 19-year-old son, Hayden, about whom he brags without regard to the listener’s interest.