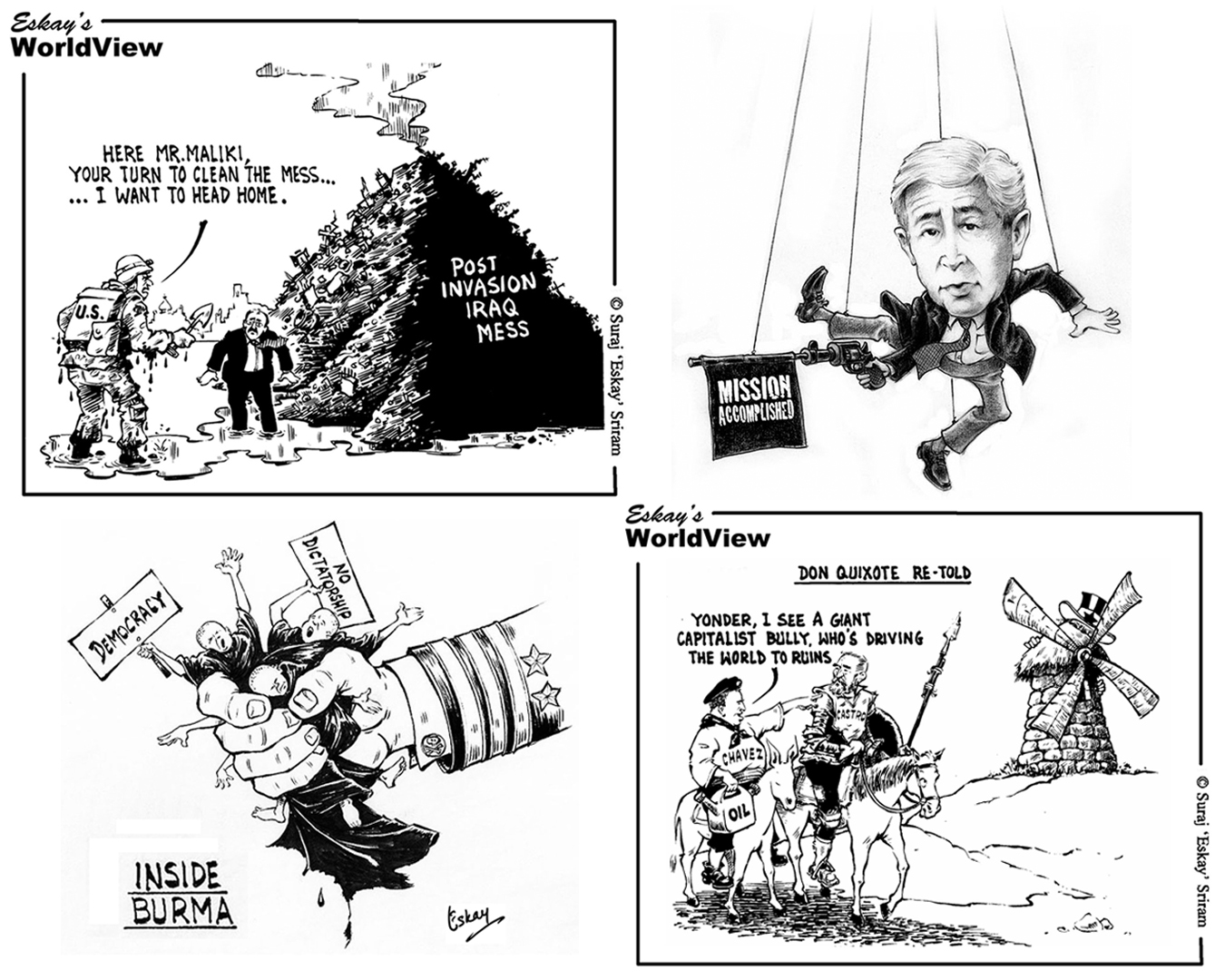 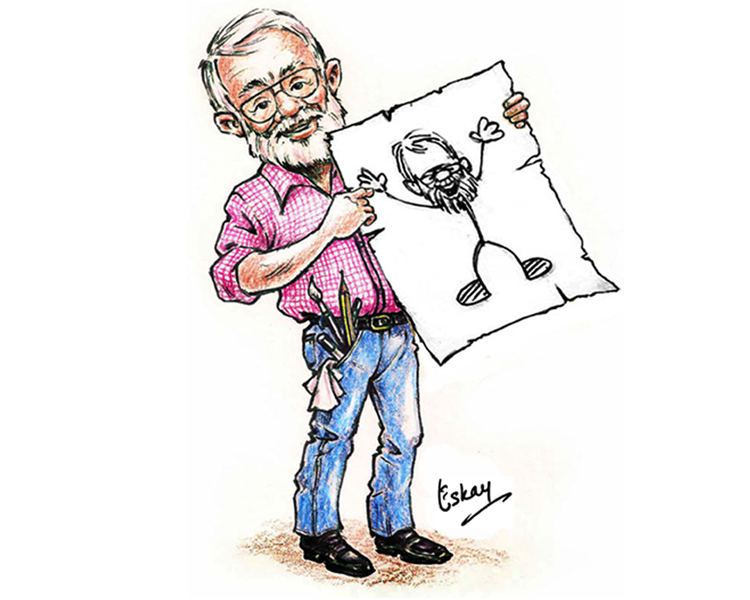 Suraj Sriram, known in media circles by his pen name Eskay, is a well-known cartoonist & illustrator, whose work has been published in numerous leading newspapers & magazines in India and the US over the past four decades. In the early ‘80’s, his editorial cartoons, illustrations and caricatures appeared regularly in the Sunday edition of the national newspaper Indian Express and the weekly tabloid Blitz. His work was also published in a number of other tabloids and magazines published in Bombay (Mumbai) during that time.

In addition to his freelance work, he also taught cartoon art in various institutions in Massachusetts & Rhode Island, including Rhode Island School of Design. He is a member of the National Cartoonist Society of America since 1987, and the Indian Institute of Cartoonist, Bangalore, since 2013.

He is currently engaged in setting up a ‘Museum of Cartoon Art’ in Pune wherein the work of Indian Cartoonists will be on permanent display for viewing by the general public.