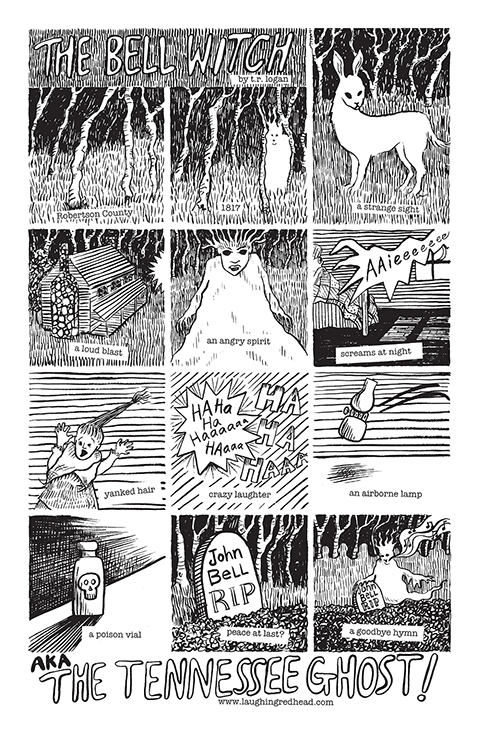 Teresa Roberts Logan is an award-winning writer, standup comic, and cartoonist. She has been a featured comic on such comedy shows as A&E’s “Evening at the Improv,” and “Comedy on the Road,” and has also made comedy appearances on HBO, The Comedy Channel, and The Food Network. She has been a regular featured comic at clubs such as “Catch a Rising Star” Las Vegas, “Zanies” Chicago, and “Comedy Works” Denver, who also hired her to write a successful series of radio ads for the club. Most recently, she has been a regular performer at “StoryTalks” as part of the NYC Gotham Comedy Club’s hilarious storytelling series, as well as “StoryDistrict DC”, and a featured performer at “Comic Strip Live” in NYC. She is acclaimed for her clean comedy, edgy style, and improv work with live audiences. As a touring comic, she has opened for Jerry Seinfeld, Ellen DeGeneres, Drew Carey, Dana Carvey, and Kevin Nealon. She was the first featured woman on the hit DVD series, “Thou Shalt Laugh.” As a writer and cartoonist, she has been nominated for a Reuben Award (the Oscars for cartooning), and is a featured cartoonist in RESIST!, the women’s political art forum from the art editor of The New Yorker, as well as THE CARTOON CRIER, a juried national comics paper distributed by The Center for Cartoon Studies. A contributing author/artist to DIRTY DIAMONDS, the ground-breaking all-girl comics anthology series, she is also a regularly featured cartoonist in Magic Bullet, Washington, DC’s internationally distributed full-size comics paper. Logan is a regular exhibitor and guest at New York ComicCon, CreativeCon Panama City, and AwesomeCon DC, and moderated the Women in Comics panel at AwesomeCon DC. She has also been a contributing writer to the Reuben Award-winning nationally syndicated comic strip, “DUSTIN,” and won awards for her comedy radio scripts. Her writing has been featured in seven of the “Mug of Woe” book series, as well as “Laughing Out Loud,” for Hallmark Books. She has self-published her ongoing series “Haint Blue” and “Ballet Ghost,” for the ComicCons market. Her book of cartoons is available from Andrews McMeel Publishing, the world’s largest and most respected cartoon book publishers of “Calvin and Hobbes” and “The Far Side.”