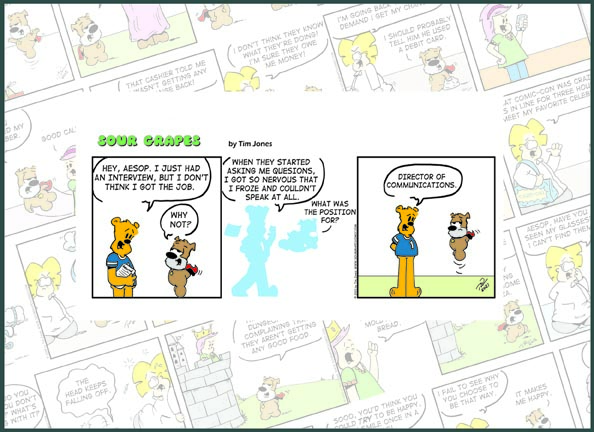 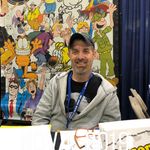 Tim Jones is the creator, artist and writer of the widely popular, self-syndicated comic strip, “Sour Grapes”; a comic about “Aesop”, a miserable flying dog and his odd friends, all living in a problematic and troubled world.  Sour Grapes is currently published in multiple newspapers across the country and is also available on various news/media websites and of course, social media.

Tim grew up in Attleboro, Massachusetts and now lives in Smithfield, Rhode Island with his wife, and two daughters. He has been a freelance cartoonist for over 20 years. Tim is a member of the National Cartoonists Society. He has created several Sour Grapes compilation and story-coloring books.  Tim frequently teaches cartooning, speaks at local schools and libraries. He also appears at various book signings, events and comic conventions.