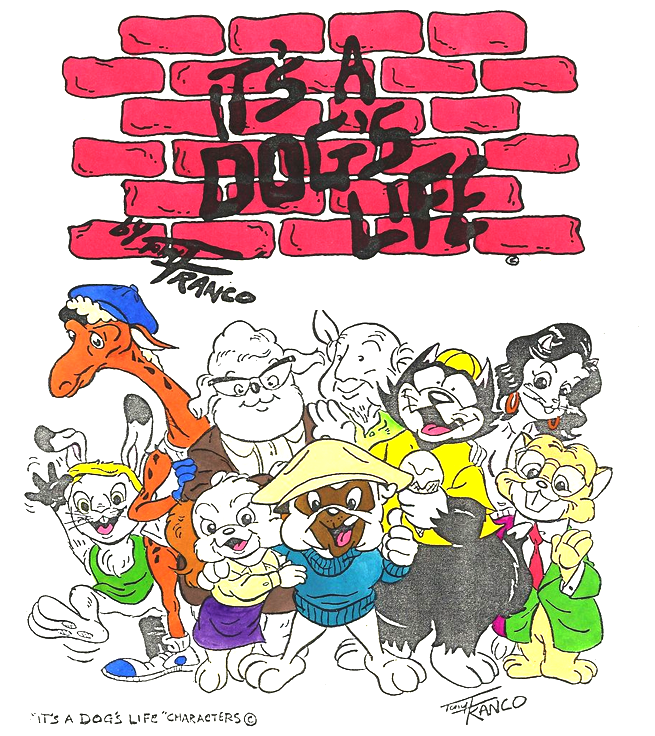 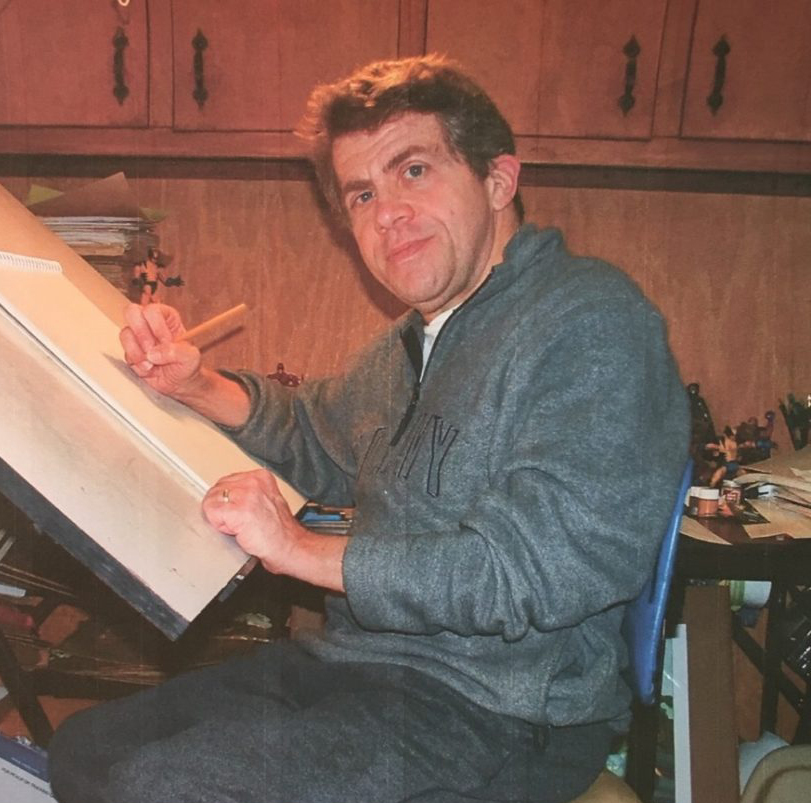 Like most cartoonists, I’ve been drawing since I could hold a pencil, but I started freelancing in 1978, while I was attending John Jay College of Criminal Justice, when I turned a “radical” idea for a Master’s thesis into a fantasy adventure comic strip called, LIBERTERIA, and started marketing it around to syndicates. I continued regularly developing various comic strips for syndication, while doing other freelance work, such as illustrating a coloring book for a Brooklyn print shop, writing an employee safety handbook on hazardous chemicals for industrial company, Singer-Kearfott, and doing advertising cartoons for local businesses.

In 1984, I started working for the Star Line of Marvel Comics, a juvenile line of comic books with characters from comic strips, toy licenses, and TV shows. I was the writer for HUGGA BUNCH and POPPLES, which were toy licenses, and FLINTSTONE KIDS and FOOFER, which were TV shows, as well as illustrating HEATHCLIFF, a book based on George Gately’s comic strip cat. When my editor, Sid Jacobson, moved to Harvey Comics, I did some writing on THE NEW KIDS ON THE BLOCK book, based on the musical group. I also did illustrations for DC Comics for their BUGS BUNNY magazine. In the early 1990’s, I went to California to work for DIC Animation Studio, where I did character designs for their CAMP CANDY TV series. When I returned to the East Coast, I developed properties and characters for New York lIcensing agent, Joe Pellegrino, for his clients, including Len Guardino’s CHAMPAGNE CAT, CHIP and COOKIE for Famous Amos, and SNEAKERS musical group.

I have been a member of the National Cartoonists Society and the Graphic Artists Guild. Over the years, I have developed a large stable of characters and concepts and now wish to present and promote them to the public. IT’S A DOG’S LIFE is my first comic book printed based on one of my strips and one dream come true. So, please join Pug and Dudley on their first adventure, so reminiscent of those classic cartoons. You can meet Pug and Dudley and the rest of the gang of IT’S A DOG’S LIFE and all my other “friends” on my website at tonyfrancoandfriends.com.

I grew up in Union City, New Jersey. I shared my love of Cartooning with a fascination with Criminology. After getting my MA in Criminal Justice at John Jay, I worked for twenty-five years as a Probation Officer in Hudson County (while freelancing in Cartooning). I currently live in Ridgefield, NJ with my best friend and muse, my wife, Mary Ann, along with our cat, Smokey, and our adopted dog, Lilly. We have a son, Stephen, who I am most proud of , but who inherited my passion for art, cartoons, and movies, and is a much better painter than I am. He lives in Canton, Ohio, with his Partner (and our “second” son), Keith, along with their pug, Daisy, and their calico cat, Nadjia. My fondest times are spent riding the trails with my horse, Princess.