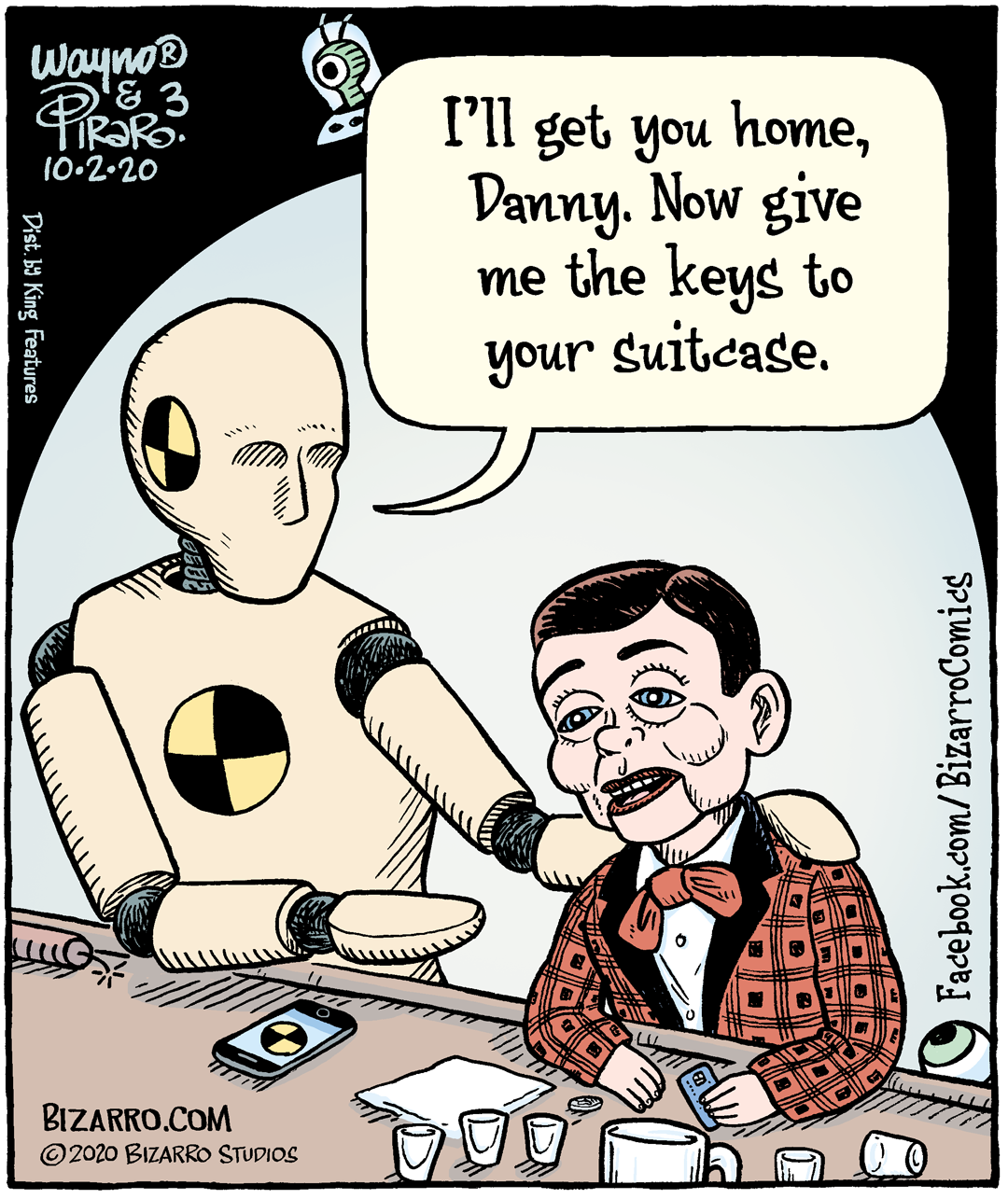 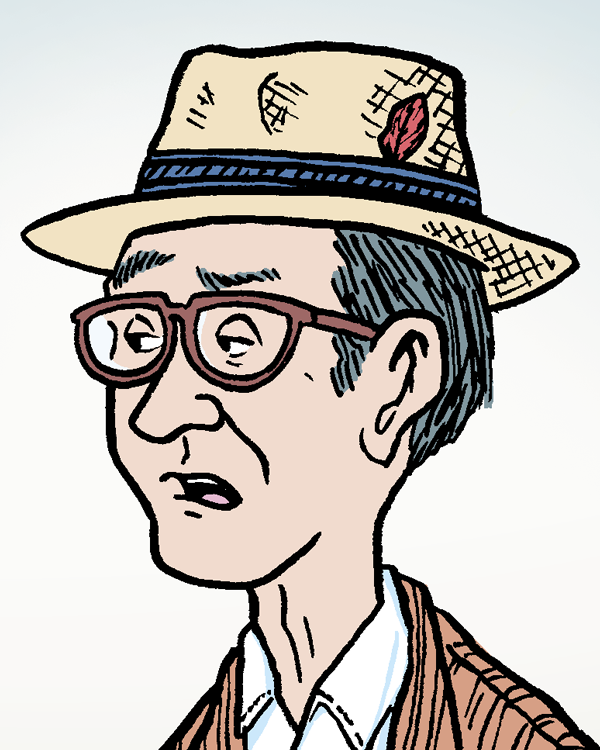 Wayno® is a cartoonist, illustrator, writer, and musician based in Pittsburgh, PA.

Wayno is the daily (Monday through Saturday) cartoonist for Bizarro, distributed worldwide by King Features Syndicate. Bizarro creator Dan Piraro continues to do the Sunday page.

He’s worked in underground and alternative comics, and has enjoyed a long career as a humorous illustrator, working with such clients as The New Yorker, Nickelodeon Magazine, Rhino Records, Entertainment Weekly, The Guardian, and The New York Times.

His comic panel WaynoVision ran from 2014 through 2017. As a writer, Wayno created many gags for Hilary Price’s Rhymes With Orange, and served as Hilary’s guest cartoonist for a week in 2012.

He has mounted several one-man exhibits of his cartoon pop paintings and illustration art. Wayno also performs on harmonica, ukulele, and vocals with The Red Beans & Rice Combo, a trio that includes fellow cartoonist Dave Klug on drums and pianist Tom Roberts.

Wayno is a member of the United Cartoon Workers of America, the National Cartoonists Society, and the Pittsburgh Society of Illustrators.

His rumored association with the enigmatic Bushmiller Society has never been definitively confirmed.