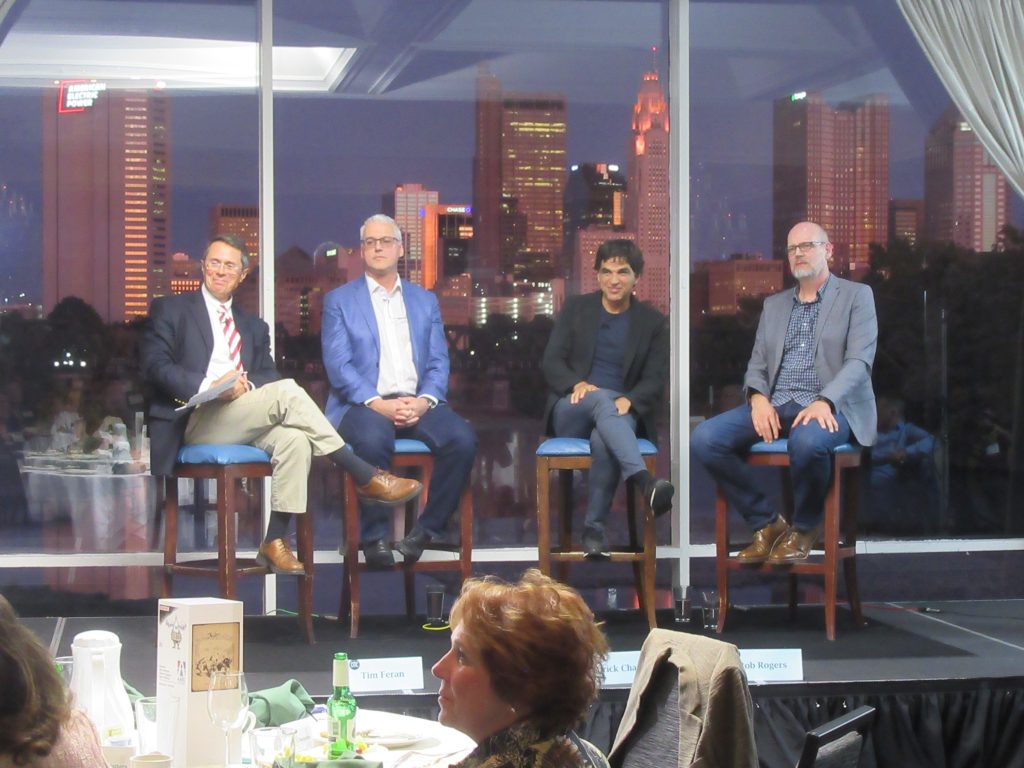 For its annual convention this year, the AAEC teamed up with Cartoon Crossroads Columbus and the Billy Ireland Cartoon Library and Museum. 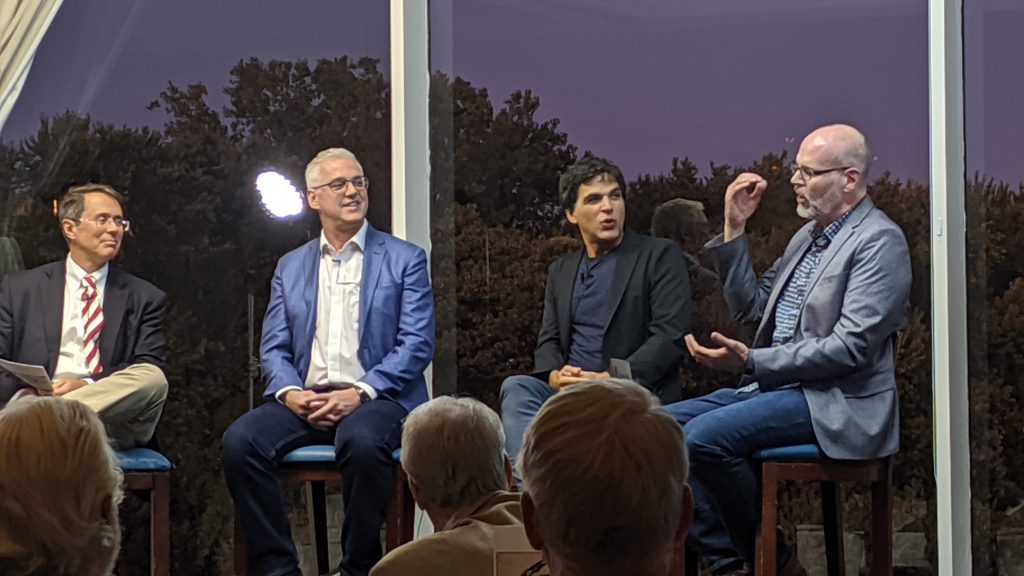 Rob Rogers explains his firing from the Pittsburgh Post Gazette after drawing too many anti-Trump cartoons. (Photo: Jason Chatfield)

“I have noted before that newspaper work is one of the only professions I know of where you can run into a colleague and ask, “So, you still working?” and not have it be a rude question, though the civilians in the audience, I think, only began to get that feeling as the talk went on.”

“Nick Anderson injected a level of good news, however, pointing out that an essay he wrote on the issue when Rogers was fired — which Jake Tapper had posted at CNN’s website — caught the eye of a financial angel and, as noted here before, led to the start of Counterpoint, an emailed collection of first-run political cartoons.

That format of three from conservatives, three from liberals, brought a bit of bemused commentary from Chappatte, who said, such labels don’t exist among international cartoonists, who are “expected to look at the world with two eyes, not like this, or this” he pantomimed, holding a hand first over his left, then his right eye.

However, Counterpoint now has 130,000 subscribers (it’s free, by the way) and is expected, through ad revenues yet to be set up, become self-sustaining within a year.

And the best news may not simply be that: Anderson said that, so far, the only complaint he has heard from their financial sponsor is “Why are you playing it so safe?”

“The increase is appropriate because, with falling revenues throughout the industry and pressure rising on those who express strong opinions, it’s important, as President Kevin Siers said, that AAEC should present itself as more than a group that gets together once a year for a party, which is the common image of a lot of similar associations.

Focusing the mission on protecting freedom of expression would not only benefit cartoonists and related graphic commentators but would be a public good, he suggested, that would, in turn, benefit the group because those activities are seen by foundations and other potential supporters as worth investing in.

In fact, besides creating or realigning various committees to address those more external functions, the group is discussing changing its name to be more inclusive of graphic journalism and commentary across the board, and not distract and limit with a title that seems wedded to one page of the local newspaper.

Much discussion followed; there will be some motions and votes at this morning’s meeting, though a fair amount of this stuff needs additional development.”

“There has been an odd flood of good news lately, with the freeing of Turkish cartoonist Musa Kart and the resettling of “Eaten Fish” in Norway, as well as the dropping of charges against Zunar…

But repression comes in many forms and the panel certainly demonstrated that, with Molina talking about protesters being shot down in the streets in Nicaragua, newspaper offices and TV stations being plundered and closed and the offices of the on-line news source he had been working for likewise being shuttered

However, though he was been extracted and resettled as a visiting professor at Ithaca College, Molina continues his on-line work, together with other staff scattered around the world. In a conversation later, he explained that, while the Nicaraguan government could shut down Internet access in the country, they need it as well…”

Thank you again to Mike Peterson for his great reporting on the weekend, and congratulations to all who participated in CXC and the AAEC conference.