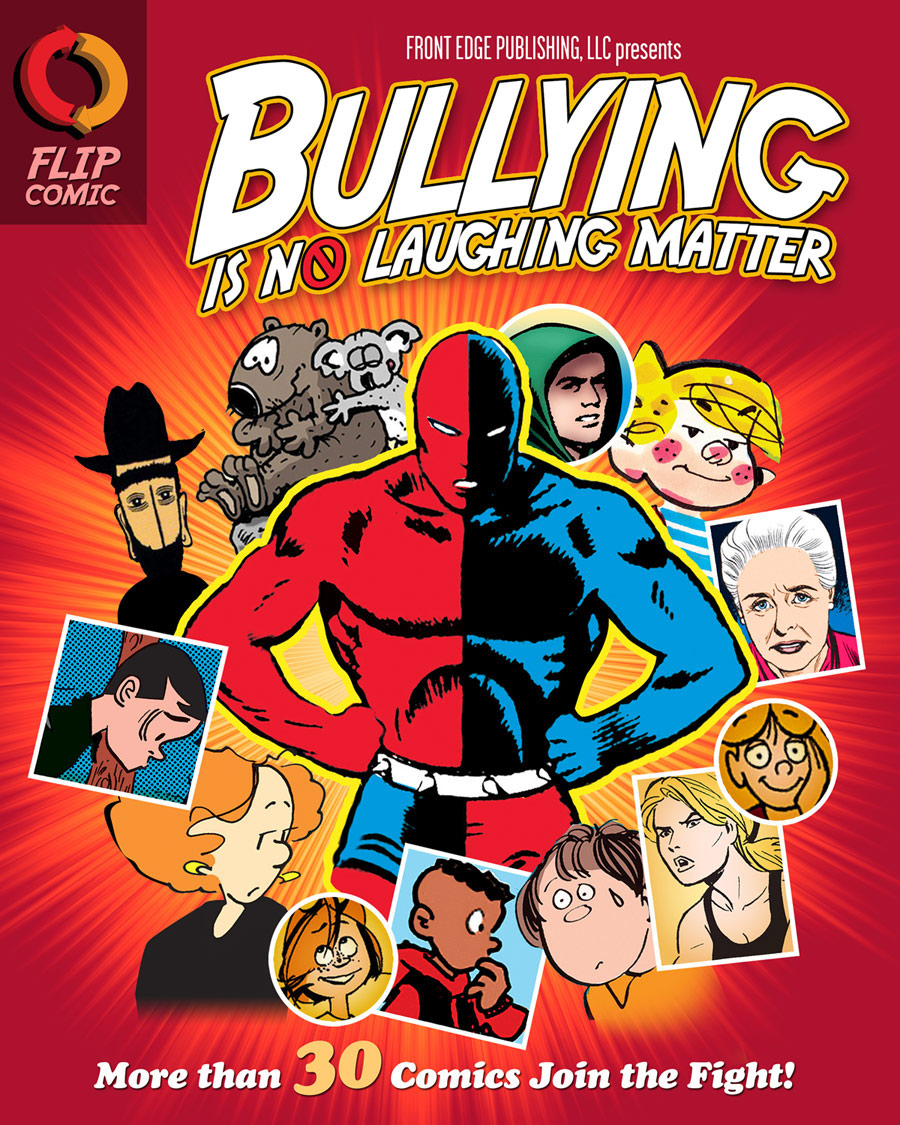 October is National Bullying Prevention Month in the United States. Founded in 2006 by PACER’s National Bullying Prevention Center, October is the month when communities nationwide focus efforts to educate and raise awareness of bullying prevention. Over 30 cartoonists lend their voices to the fight against bullying in this “Flip Comic” book Bullying is No Laughing Matter that helps educate readers about this problem that is being called a “national epidemic”.

The book has two halves, printed so you “flip” the book over to read each half as the front story. In “Bullying is No Laughing Matter”, cartoons ranging from comic books to comic strips and panels that relate to bullying are collected, with background on the “scene” depicted and comments from the creators. The cartoons are designed to spark conversation about bullying and get readers understanding that is is not just a normal part of growing up, but something that needs to be addressed and dealt with. Among the many cartoonists who contributed work to the book are NCS Reuben winners Brian Crane, Greg Evans, Lynn Johnston, and Mort Walker. This half of the book ends with a moving story by 15 year old bullying “survivor” (as she likes to refer to her experience, as opposed to using the term “victim”) Camille Paddock, followed by information on what constitutes bullying and what you can do about it.

The other half of the book starts with a comic book style story by cartoonist Kurt J. Kolka called “Wrath of the Warthog: A Bullying Story”, starring Kolka’s superhero character “The Cardinal”. The story is a lesson about taking responsibility for how we treat other people, and rising above the kind of life circumstances that can create bullies. Following the adventures of The Cardinal is another comic book story, this one originally published in 1945 featuring “Daredevil and the Little Wise Guys” by Charles Biro, which tells a related tale of bullying and finally taking a stand when things go too far.

It’s a positive message, and one that needs spreading” bullying is not acceptable behavior. You can get more information by visiting this website.