This is the third of a series of posts by NCS member John Lotshaw, detailing the development of a new comic strip, from start to finish. In this series, John will guide us through the creation of “Ray Blaster in Blazin’ Phazers”, giving insight into the creative and business processes involved.

In the last post, I detailed how I developed what I called a “TV Guide synopsis” from the “elevator pitch”. As a part of that process, I created a few broad outlines for characters in the strip, using archetypes, to enable me to get to that capsule description. According to Merriam-Webster, an archetype is

the original pattern or model of which all things of the same type are representations or copies : prototype; also : a perfect example

Archetypes are kind of the ideal character for that type of character. You can use them as a shorthand for what you want at this stage of the game, then fill in the details later (which is exactly what I did). If you want star-crossed lovers, you pencil in Romeo and Juliet. If you want a stereotypical villain, then borrowing Iago from Othello isn’t a bad idea. In fact, Shakespeare is generally regarded as the go-to guy for the archetypes of characters in English literature.

But archetypes only go so far. At some point you need to make these characters your own, and that’s where I am now with “Ray Blaster”.

When I started thinking about this property, I had no idea whatsoever what the main character needed to be, beyond “Popeye in space”. With Popeye as the archetype—the starting point—I started to work on developing the character the way that all cartoonists develop characters: I pulled out the sketchbook and started to draw. At this point, I’m just doodling, but these doodles help me to refine the character. What do I like about this guy? What don’t I like? What does this design say about the character?

Let’s think for a minute about that archetype: Popeye the Sailor. Who is Popeye and what does he do? Well, he’s a sailor, he loves Olive Oyl, he eats spinach and he gets into a lot of fights. Oh, and he’s got one eye and horrible diction.

Not a lot to hang a comic strip off of. Yet, it works. How does it work, though?

It works because he’s a straight man. Let me explain with a little comedy theory.

Very often in comedy, there will be what are known as double acts. These are two comedians who work together as a team, building gags around their relationship and their reactions to the world and—most importantly—each other. There have been many such acts throughout the years, and their names still live on in our culture: Burns and Allen, Abbott and Costello, Laurel and Hardy, Lucy and Desi, Martin and Lewis. Some double acts are made of fictional characters, such as Gilligan and the Skipper, Felix Unger and Oscar Madison, Bert and Ernie or Pinky and the Brain. Also, a double act doesn’t have to be always comedic. Think of the relationship between Han and Chewbacca in Star Wars, or any combination of Kirk, Spock and Bones on Star Trek.

Double acts will have two roles: the straight or the foil and the banana or the comic. Sometimes, as in teams like Abbott and Costello or the Mac and the PC (in the recent Apple ads), the roles are always filled by the same person, but this isn’t always the case. Depending on which person the gag worked for, either Bob Hope or Bing Crosby would play the straight to the other’s banana.

The role of the straight man is to set up and feed the banana the joke, and react to it. Usually. Abbott and Costello’s “Who’s on First?” routine turns this on it’s head by having Costello react to the increasingly frustrating names in the baseball team’s lineup. That’s an exception to the rule. For the most part, the straight is exactly that: he’s not wacky, he’s not making goofy faces, until it’s time to react. Think of some of the great straight men of the past. Jack Benny could send audiences into convulsions with a single sideways glance. Desi Arnaz was the King of the Slow Burn. Dean Martin’s reactions to Jerry Lewis’ manic man-child are still priceless. While the banana may deliver the punchline, very often it’s the straight man’s reaction that gets the laugh. 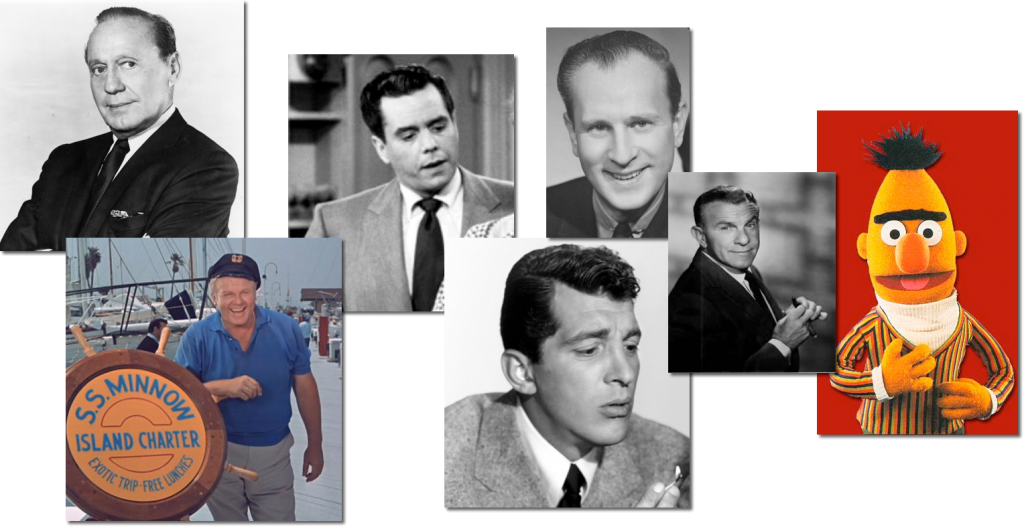 Because a diet of nothing but bananas would get boring really quick.

To the left is my first pass at the character (Click on the image to see a larger version). Notice I’m not calling him “Ray Blaster” yet—more on that to come… I really don’t like this. Doctor Who fans will get this: he looks like a Sontaran. He’s short and squat. In real life, he’d probably be about five feet tall, if that. His suit is a hard shelled suit, unlike what we’d expect one of NASA’s astronauts to wear. The little display on his chest is inspired by the spacesuits in Space: 1999. But… it’s a start.

The next version is much less like a Doctor Who villian. He’s taller, still wearing a spacesuit, but it’s loose and floppy. I removed the visor because being able to see the eyes affects the expressiveness of a character. The main character must be expressive and emotive, especially if he’s going to be the straight man to a cast full of bananas.

The next sketch is simply a refinement of the previous iteration. There more detail, but there isn’t a lot of personality. Also, I’m getting close toward a Fry event horizon, something I’m consciously trying to avoid.

At this point, I’m starting to think that my “Everyman” idea for the lead character is a dead-end. Would it be funnier—or at least produce a more appealing design—if the lead were a more heroic, Captain Kirk-type who acted in an Everyman manner? Dichotomies are always funny… there’s something about the juxtaposition of elements that lends itself to humor.

So, back to the drawing board it was.

And that’s where I stayed. At this point I was stumped. I knew what I wanted, but all I could visualize was variation on the same theme. There was an element missing, I just couldn’t see where it was. 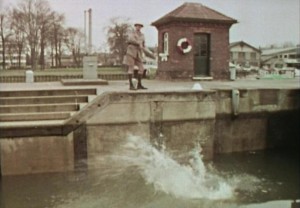 Funny thing about inspiration… you never when were it’s going to come from, nor when it’s going to come. If it doesn’t smack you like the Fish Slapping Dance, then’s it not inspiration. That’s what I needed, and that’s what was coming. More on that in the next blog post (which will come a lot quicker than three months! Promise!)