Henry, Hagar the Horrible and Half Hitch shed tears today when they learned their father, Richard Hodgins Jr., the man who brought them to life with pen and ink at his drawing board, died Sunday. He was 84, and he loved life. 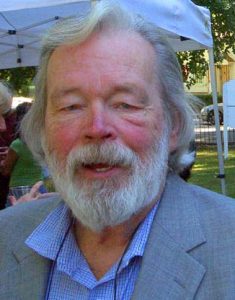 That’s how syndicated comic strip artist and editorial cartoonist Dick Hodgins Jr. said he wanted his obituary to begin when he called this writer in early March to say he had inoperable lung cancer.

Hodgins died at his Wilton home from complications caused by cancer treatments, according to his son Richard Hodgins III.

Dick, as he was known, was one of the last of a winnowing cadre of Fairfield County-based cartoonists who daily kept the funny papers filled with gags.

Their ranks had included the late Leonard Starr who drew “Annie,”  “Blondie” artist Stan Drake, and “Hagar the Horrible” creator Dik Browne who upon his death bequeathed the drawing of the loveable Viking marauder to Hodgins.

It was a group of artists, who while working in isolation, met regularly to laugh over drinks at the now closed Mario’s Place at the Saugatuck train station, the shuttered Max’s Art Supplies, and for their formal dinners, the now closed Cobbs Mill Inn. 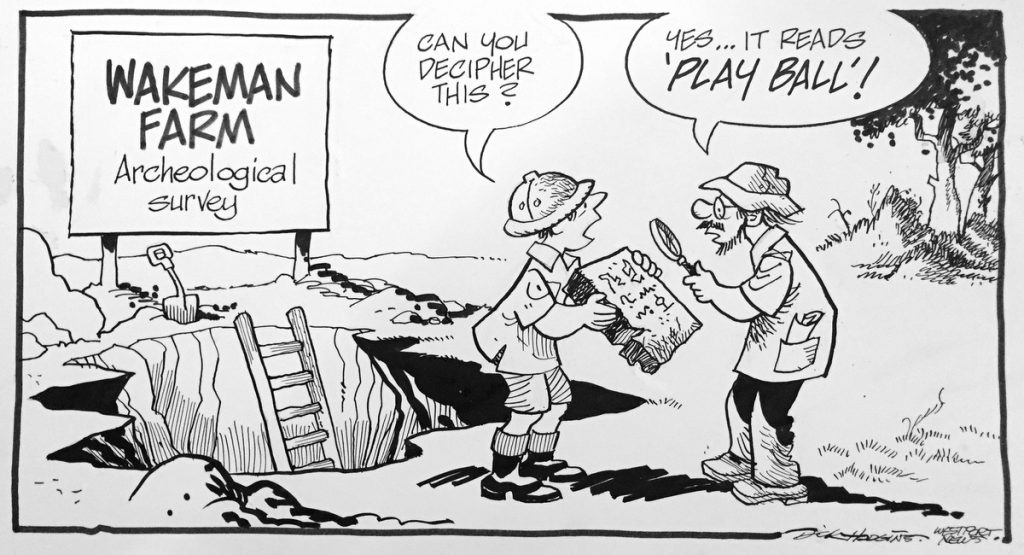 This cartoon was drawn during controversy over turning some of the Wakeman Farm fields into playing fields.