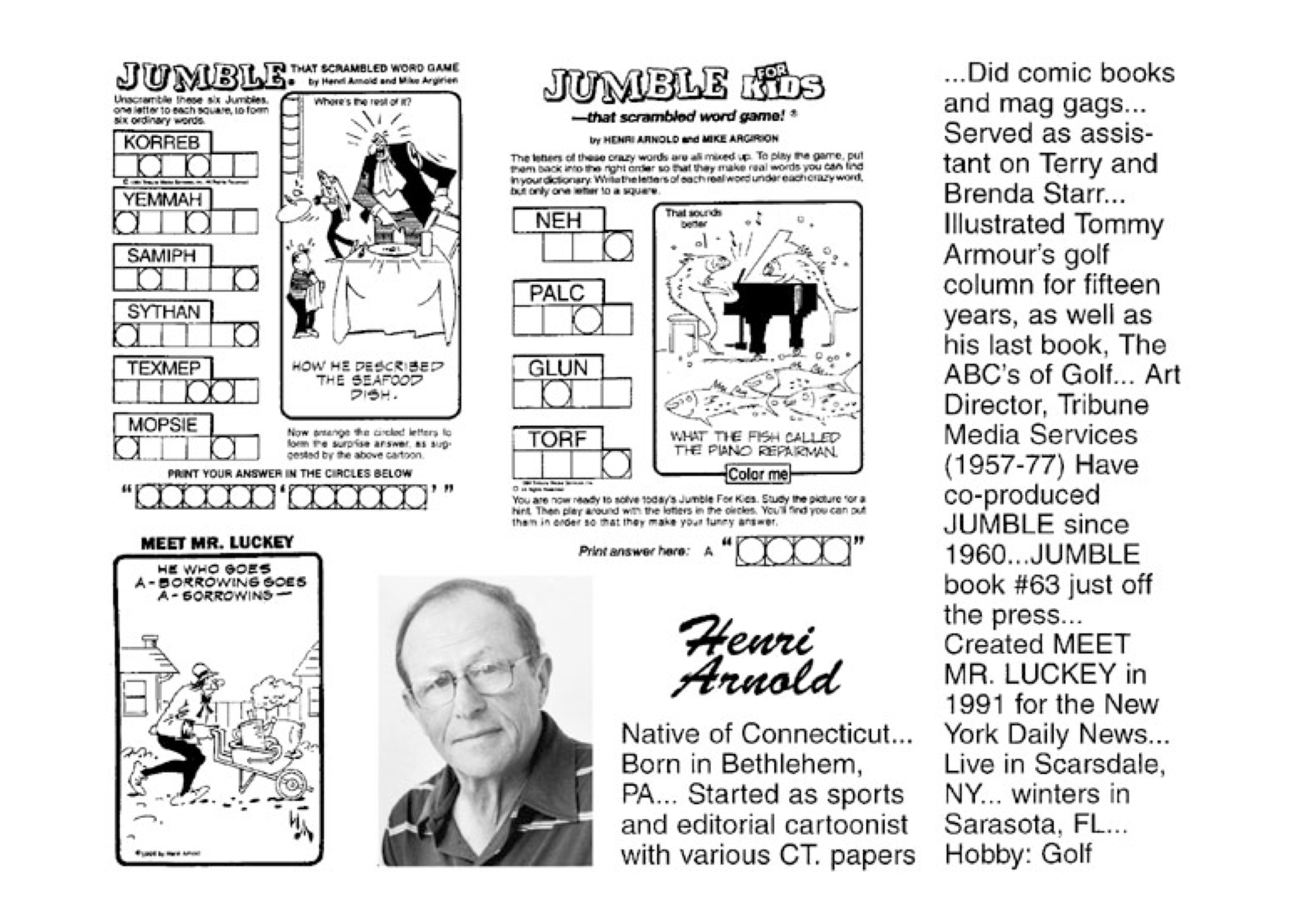 The NCS is sad to announce the passing of cartoonist Henri Arnold, best known for his 48 year run with “Jumble: That Scrambled Word Game,” on Tuesday, November 17th at age 97.

Henri was born in Bethlehem, Pennsylvania, in 1917. After serving in the Army during World War II, Arnold enrolled at Cooper Union, where he studied art using the G.I. Bill. His career began in Connecticut as an editorial and sports cartoonist with the Bridgeport Sunday Herald. He worked on comic strips like “Prince Valiant,” ”Brenda Starr” and “Terry and the Pirates” before creating his own — “This Man’s Army” — in 1957.

For decades, Henri also created a daily panel called, “Meet Mr. Luckey” for the New York Daily News. Mr. Luckey was found in the News’ sports section and became a favorite among bettors, who believed the one-panel cartoon contained cryptic clues for playing the ponies.

Henri is preceded in death by his son, Ned, and daughter Nora. He is survived by his wife of 35 years, Harriet, two step-children, Stephen Hillman and Linda Chayes, and grandchildren Jessica and Daniel Chayes.