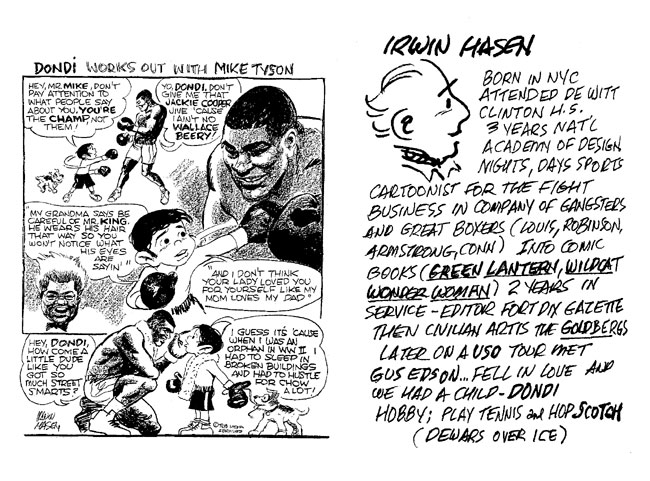 The NCS lost one of its longest tenured members and cartooning one of its classic creators when Irwin Hasen passed away last Friday, March 13th, of heart failure.

Irwin drew many of the classic golden age superheroes like Wonder Woman, Green Lantern and others working as a bullpen artist for DC Comics in the 1940s, but was best known for the syndicated comic strip “Dondi” which he illustrated and co-created with writer Gus Edson. “Dondi” ran in over 100 papers at its peak, and was syndicated from 1955 to 1986.

Irwin was an active member of the NCS for over 60 years and a fixture at meetings of the Manhattan Chapter all the way until his passing. In fact, it was on an USO tour of Germany with the NCS that he and Gus conceived of the Dondi character.

Irwin will be greatly missed by the NCS and cartooning fans everywhere.