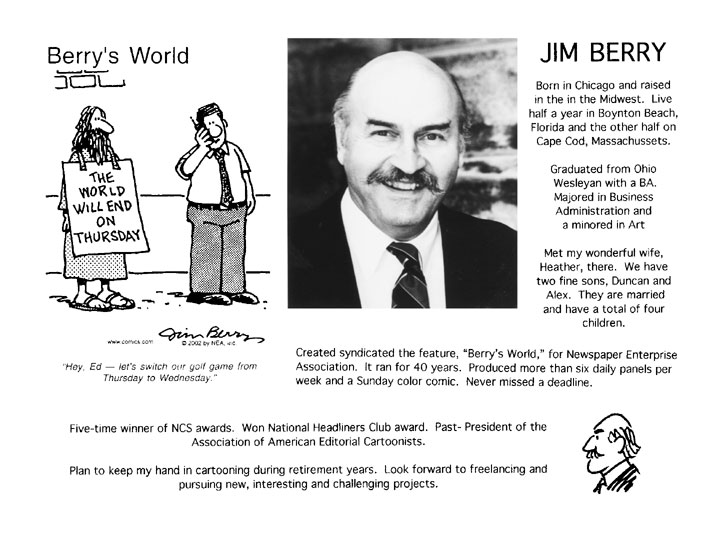 The NCS is sad to announce the passing of “Berry’s World” cartoonist James O. “Jim” Berry on Friday, March 20th at 83.

After dabbling with a cartoon strip on his ship’s newsletter while serving in the Navy, Jim left a career in business management in 1961 to accept a job as staff illustrator for the Cleveland Plain Dealer. In 1963 he created the politically-orientated panel cartoon “Berry’s World”, which became nationally syndicated. “Berry’s World” would peak appearing in over 1000 newspapers during it’s 41 year run in syndication. Jim was honored with the NCS Divisional Award (Silver Reuben) for Best Newspaper Panel in 1965, 1966 and 1972, among other honors. Jim also received several honors from the American Association of Editorial Cartoonists, and served as president of the AAEC.