Another big Reubens Weekend announcement out of Kansas City... 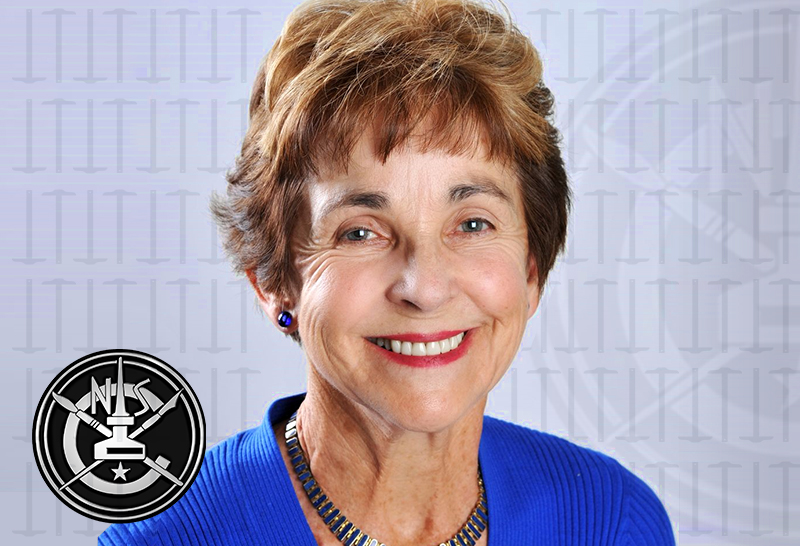 On behalf of the board of directors of the National Cartoonists Society, It is our great pleasure to announce that Jeannie Schulz will be awarded the Silver T-Square at the 76th Annual Reuben Awards in Kansas City!

The Silver T-Square is awarded, by unanimous vote of the NCS Board, to persons who have demonstrated outstanding dedication or service to the Society or the profession. We are pleased to be able to recognize Jeannie’s long-standing commitment to the National Cartoonist Society, our members, the cartooning community and its fandom.

She has committed her time and resources in her remarkable work, preserving the legacy of her husband, “Sparky” (Charles M. Schulz) through her founding and continued guidance and leadership of the Charles M. Schulz Museum. The museum would simply not exist without her boundless energy and commitment.

Her support and guidance go well beyond the Schulz Museum, extending that same commitment to the Billy Ireland Museum, The Cartoon Art of San Francisco, the former ToonSeum, The National Cartoonists Society and so much more.

Despite not drawing herself, she is regarded as a mentor and friend by the many cartoonists she has personally hosted at the Charles M. Schulz Museum over the past twenty years. Through her kindness, generosity, and friendship, Jean Schulz has demonstrated again and again her outstanding dedication to cartoon arts and its preservation.

The award will be presented during the 76th Annual Reuben Awards weekend, 15th-16th Sept 2022, in Kansas City, Missouri. Stay tuned to the NCS website and social media for more major announcements on our huge line-up for the weekend.

Jason Chatfield
President
on behalf of the Board of Directors,
National Cartoonist Society