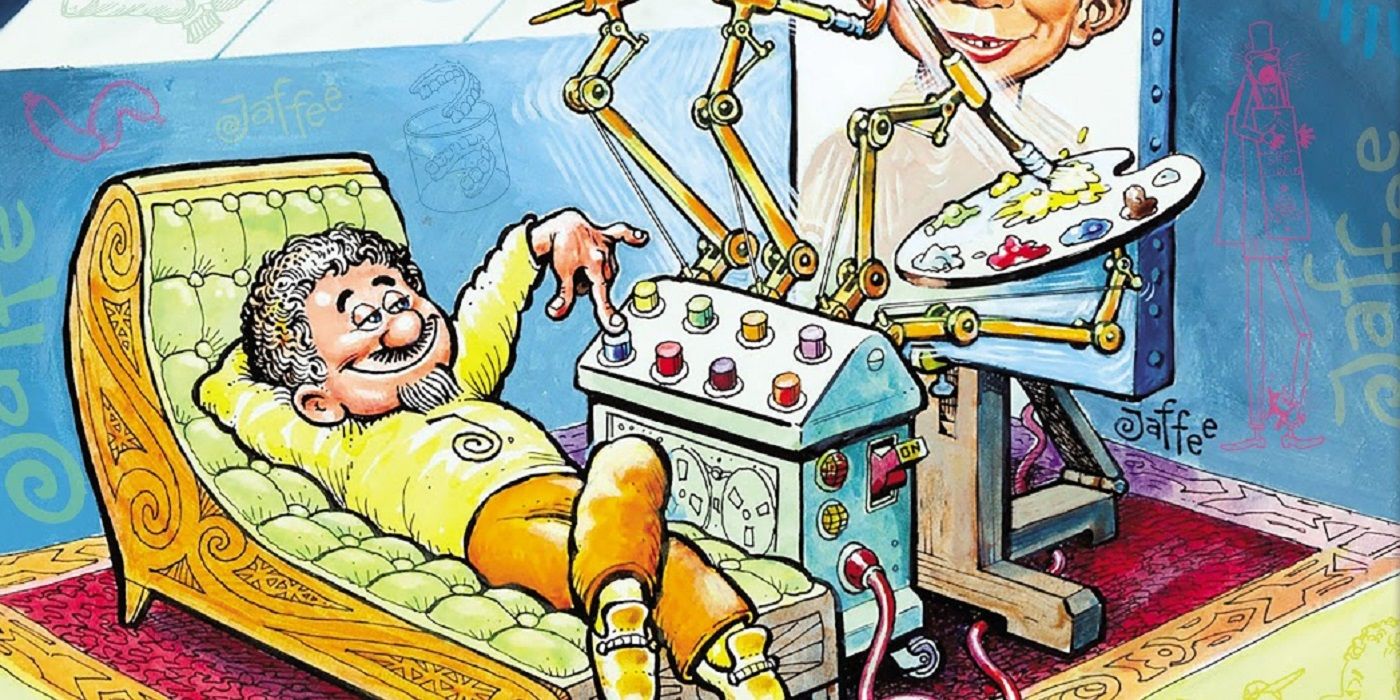 Allan Jaffee is an American cartoonist. He is notable for his work in the satirical magazine Mad, including his trademark feature, the Mad Fold-in. Jaffee was a regular contributor to the magazine for 65 years and is its longest-running contributor. In a 2010 interview, Jaffee said, “Serious people my age are dead.” With a career running from 1942 until 2020, Jaffee holds the Guinness World Record for having the longest-ever career as a comic artist. In the half-century between April 1964 and April 2013, only one issue of Mad was published without containing new material by Jaffee. In 2008, Jaffee was honored by the Reuben Awards as the Cartoonist of the Year. New Yorker cartoonist Arnold Roth said, “Al Jaffee is one of the great cartoonists of our time.” Describing Jaffee, Peanuts creator Charles M. Schulz wrote, “Al can cartoon anything”.