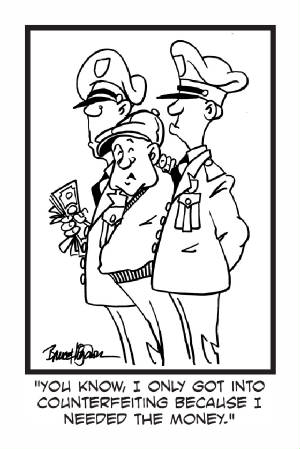 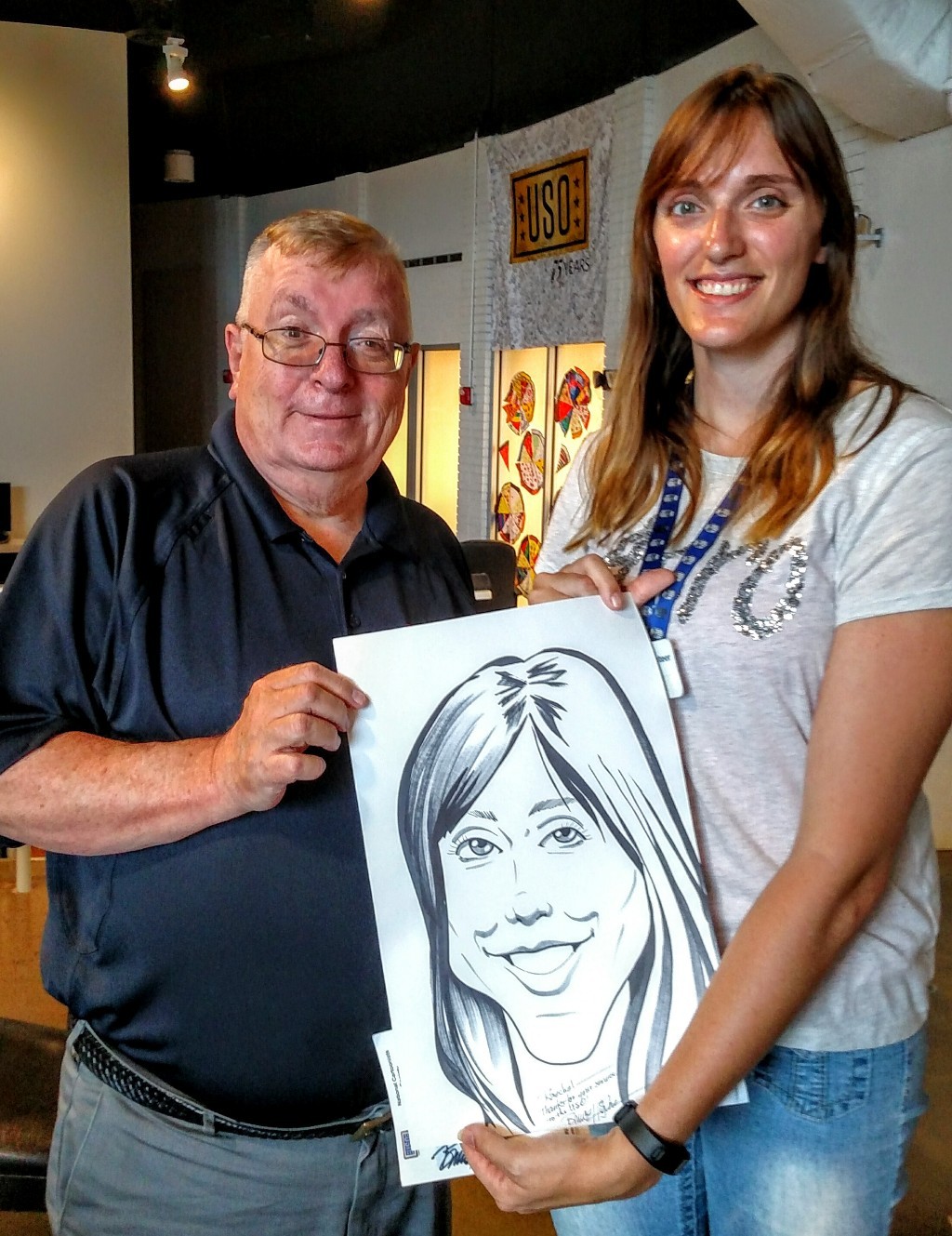 Bruce Higdon began his cartooning career at age 14, when he sold his first editorial cartoon to the local newspaper.  From that point on, he was hooked.  Upon graduation from Middle Tennessee State University, he was commissioned a Second Lieutenant in the United States Army, and took his unique brand of humor with him.

Higdon served in a variety of units, including both air and ground cavalry squadrons, and performed many duties as both line officer and staff officer.  Off duty, his cartoons wandered onto the pages of several post newspapers, and, from there, on to Army Times Publishing Company, Soldiers, Army Magazine, The Permasens Courier, and a host of other military publications in the U.S. and Europe.

Upon retirement from the Army, in 1993, Higdon continued his funny business as a speech writer for the Pentagon Speaker’s Bureau, comedy monologue writer, and cartoonist and caricature artist for a variety of newspapers and magazines in the U.S., Germany and Canada.  He also worked for CBS News and WTVF-TV as a courtroom artist.

Today, Bruce lives in his native Murfreesboro, Tennessee.  He continues to draw his cartoons,  caricatures, and book illustrations for Canadian and U.S. clients from his home studio.  Several times during the year, he heads out to various locales, including military hospitals and combat areas, with the USO, to entertain our military members and their families.  Higdon is a 35-year member of the National Cartoonists Society, The Reserve Officers Association, Life Member – Vietnam Veterans Association, and the Military Officers Association of America.

During the 70th Annual National Cartoonists Society Reuben Awards Dinner, held in Memphis, May 2016, Bruce was awarded the NCS Silver T-Square Award.  The award was given for “dedication to the NCS,” by serving as leader and caricature artist on numerous NCS/USO Tours, overseas, to entertain the troops for over ten years.

Many of the tours were in combat areas, including Iraq and Afghanistan.  Bruce and his team were highly praised for the job they did as “the last tour to entertain the troops in Kyrgyzstan, by USO entertainment and the Air Force units deployed there.  He and his crew of cartoonists have also visited major military hospitals, installations, Veterans Hospitals, and onboard ships at sea.

More of his work may be seen at http://brucehigdoncartoonist.com..