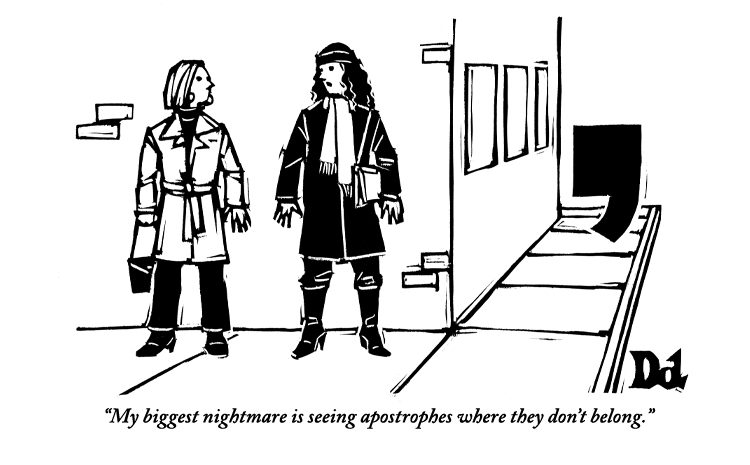 Drew has taken a passion for art and communication and successfully applied it across multiple areas of life. He is best known for being a cartoonist for the New Yorker magazine. A regular contributor since 2002, his woodcut-style drawings (done on scratchboard) are instantly recognizable, and he was previously given the National Cartoonists Society’s “Reuben Award” as the country’s best gag cartoonist. All his cartoons are really funny, and if you don’t understand one of them, please just assume it’s really funny. Additionally, he co-created a cartoon improv show (with his friend Matthew Diffee) whose exploits can be read about here. Drew also edits and draws for the monthly Esquipedia feature in Esquire magazine. Drew also recently wrote and illustrated the children’s book “It’s Not Easy Being Number Three” (Henry Holt/Christy Ottaviano Books), about the Number Three having a bit of an existential crisis. Drew was granted exclusive access to the Number Three for the book and now counts it as a good friend. He’s also drawn cartoons for Google, TIME, The Wall Street Journal, Harvard Business Review, The Boston Globe, his dentist, and others. Drew started out as a political cartoonist working in the Boston area for a number of years, until he realized: ugh, politics. And that was that. In addition, Drew frequently works with companies as a graphic recorder, or, as it is often called, “graphic facilitator,” or “visual note-taker,” or “person who stands at a white board and doodles cool-looking notes all day based on what other people in the room are talking about.” If you don’t know what is meant by this, check it out here. Previously, Drew worked for years engraving pictures onto gravestones. Yes, you read that right – gravestones. And not just the funny ones, because there really aren’t any funny ones. It was a photorealistic style which he doesn’t use anymore, but which does share some characteristics in common with his cartoons. For a gallery, click here. Drew was born and raised in suburban western Massachusetts, got his BA from the College of William & Mary in VA, and then moved back to Massachusetts – but this time to the east, to Boston. Once the Red Sox won the World Series in 2004, Drew figured his work in MA was done, and so he relocated to Hoboken, NJ, just because the name sounded funny. It was funny for about seven years. Drew now lives in New York City.