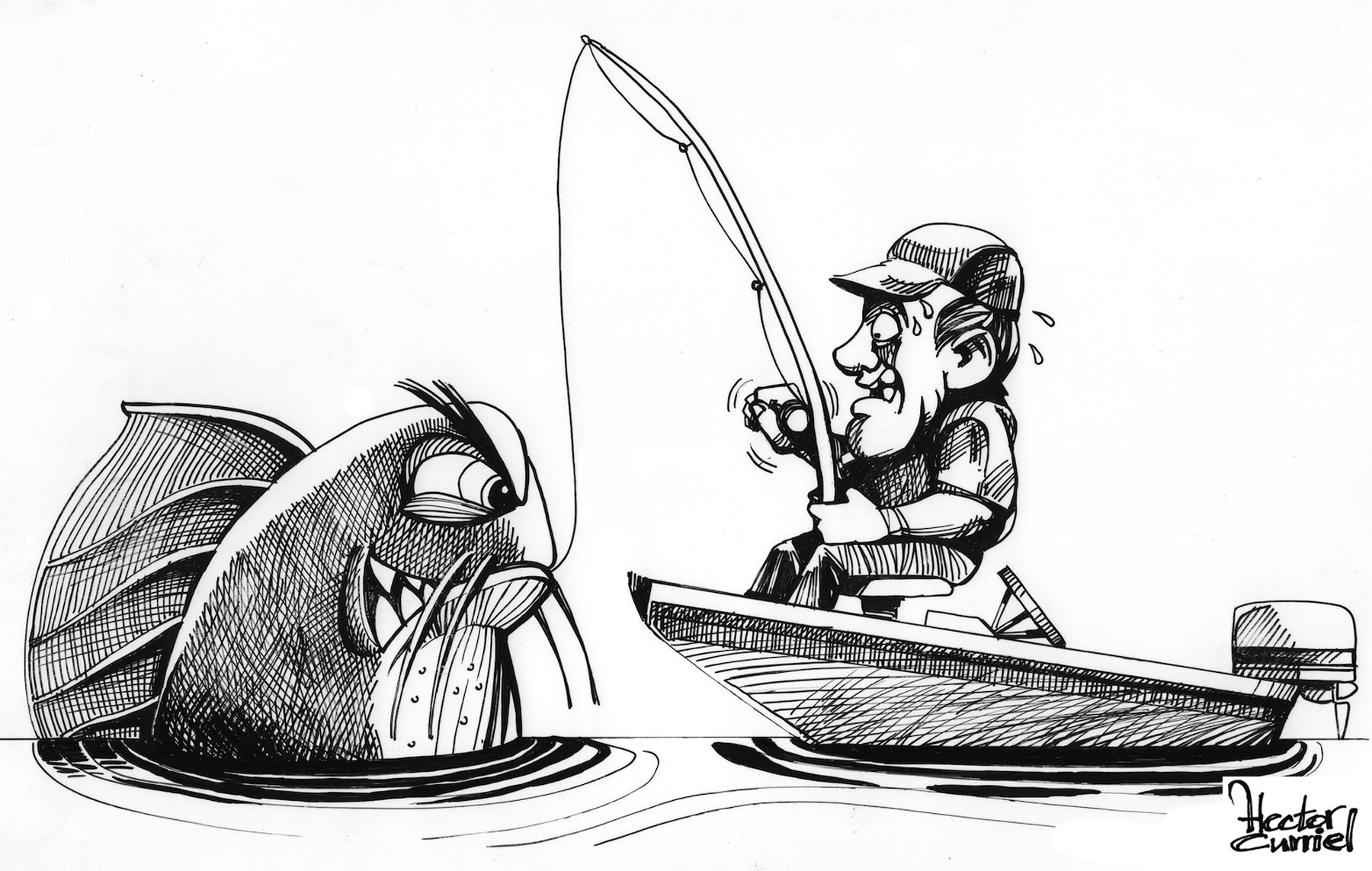 Hector Curriel is the editorial cartoonist for El Observador News since 2007 and a syndicated cartoonist for CartoonStock.
Born in Lima, Peru, he moved to the United States in 2001 and enrolled at the Art Instruction Schools in Minneapolis, MN.  In 2005, he moved to Sioux Falls, SD to work as a freelance artist, initially serving as a political cartoonist for different newspapers around the States.

Hector’s cartoons have been published in different news media such as PRI(Public Radio International), Buzz Feed News, Yahoo News, The Onion News, etc.
In 2014, one of his cartoons was selected for the France 24 News Channel as part of its broadcast about how cartoonists around the world portrayed the crisis in Ukraine.

Hector has been recognized with numerous awards. He obtained the 2nd Place for the 2009 Charlez Schulz Cartoon Competition, a Ist Place for the 2011 Professional Award at the Art Instruction Schools, and the 2013 Midwest Book Award Winner as an book illustrator.

Additionally, his cartoons have been featured in various exhibits at colleges and libraries such as the California State Library in 2016, Augustana University in Sioux Falls in 2012, and the Main Library in Sioux Falls in 2009 among others.
He is member of the National Cartoonists Society and member of the Artists in Residence Program for the South Dakota Art Council.