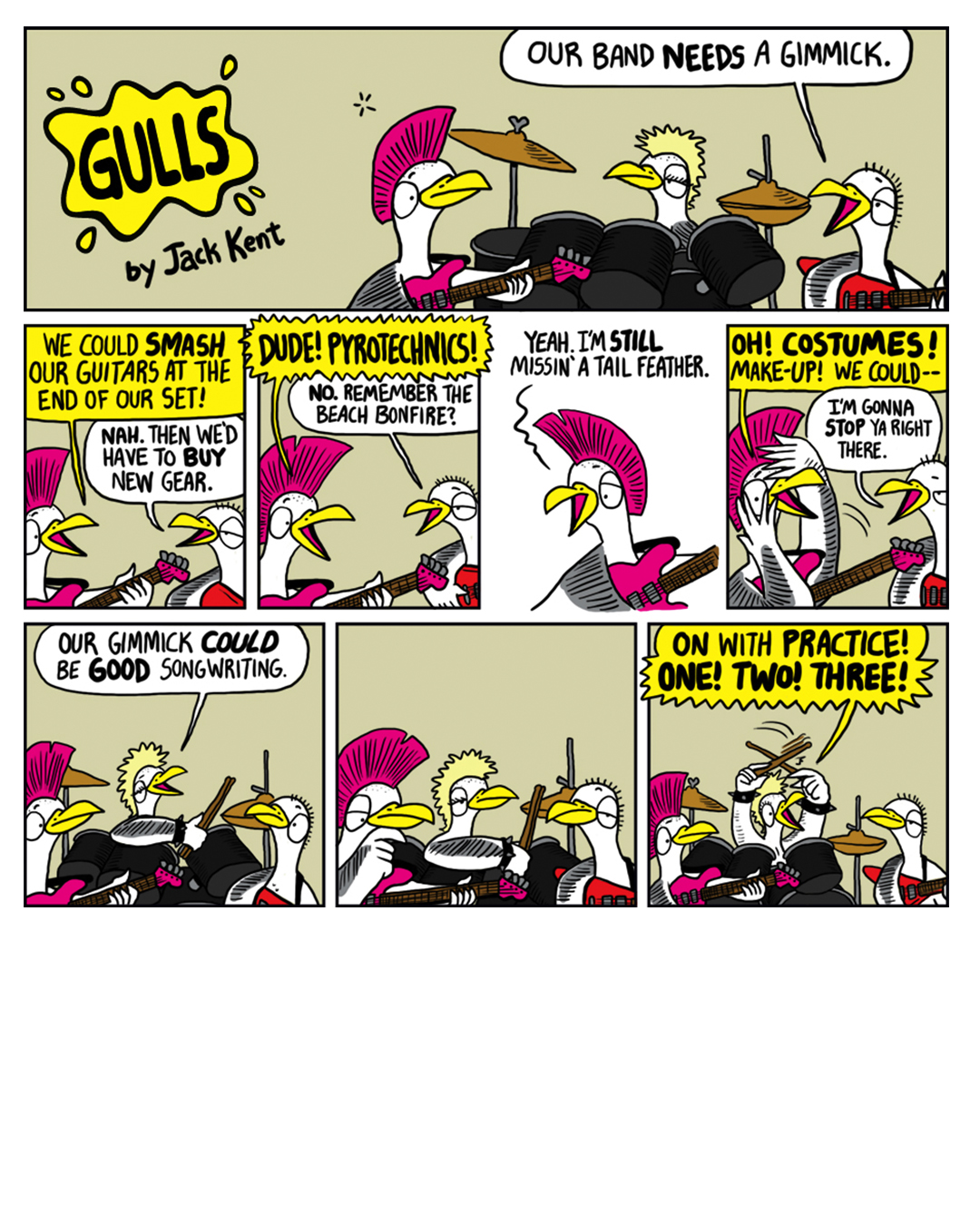 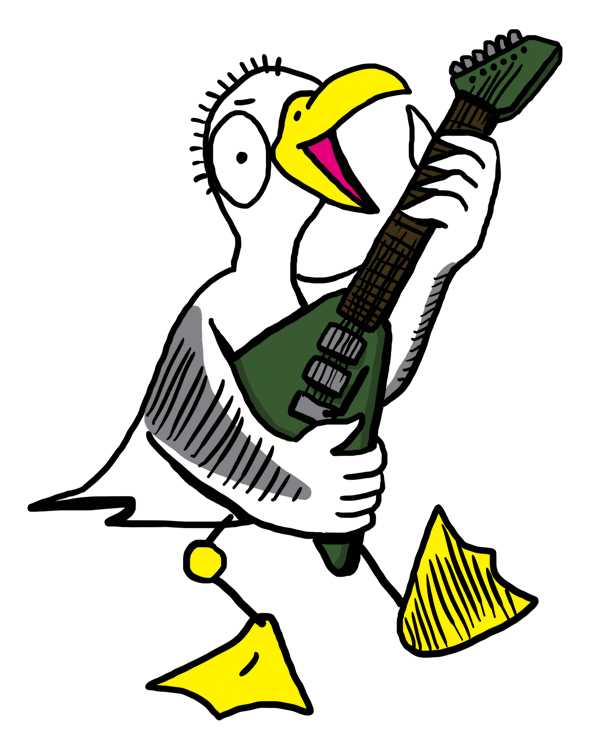 Jack grew up in Newport, Oregon. He attended college in Portland. He met his lovely wife in college and they have a beautiful horse named Tanner. Jack is currently the Art Director at the Willamette Week. Jack draws three main comics and without further ado, here they are.

Gulls
Gulls is a comic that follows a trio of gulls in a band called Flawker Rawker. Follow these seagulls and their quest to become flockstars. This comic is complete with actual music made by Jack and his band to give the band in the comic a real sound.

Minus Tide
This is an oceanic themed gag comic. What more is to say about a gag comic? It’s wacky.

Sketchy People
This is a people watching comic. He draws exactly what he sees. It could be what someone is; doing, wearing, or saying (or an amazing combination) that makes them “sketchy”. Each comic has a location and time of day so the readers can really get a vibe of the city. You might see someone you know in this comic. Who knows, you could be next!