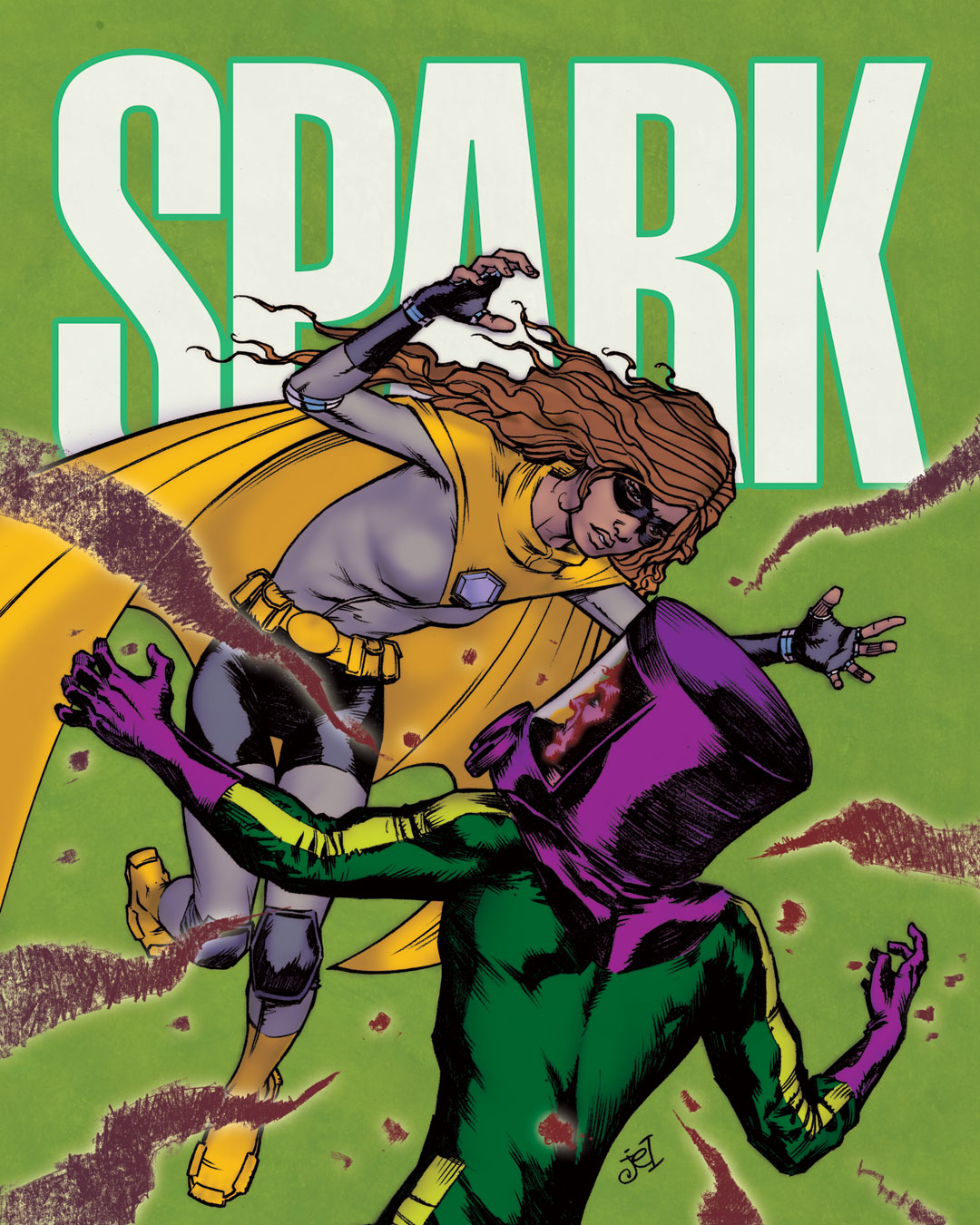 James E. Lyle (or Doodle) is a native of western North Carolina. Born in Asheville in 1963 and raised in the mountains near Waynesville.  In the sixth grade he decided that being an artist was what mainly interested him.

Doodle holds an Associates of Applied Sciences in Commercial Art and Advertising Design from Southwestern Community College. He has been a professional cartoonist and illustrator since 1983, working primarily as a freelance but occasionally dabbling in full-time employment. He has published credits at companies such as IDW, Zenescope, Acclaim Comics, Caliber Comics, Now Comics, along with various other publishers and clients–too confusing to mention.

James is an active member of the National Cartoonists Society having served two terms as Chairman of the Southeast Chapter of the NCS, preceded by two terms of service as Vice-Chairman thereof. He continues to contribute to the SECNCS in the somewhat official capacity of “Portfolio Assessment Liaison” (or P.A.L.).

He is a frequent guest speaker at various public schools and libraries around the Southeast.  His travels include visits to numerous Children’s Hospitals, Veterans Administration Hospitals, and other Military Medical Facilities in order to bring a little cheer to the patients through caricaturing and lessons in sketching.

Doodle still lives in Haywood County along with his wife, Karin (who is a well-known regional musician).

James is the recipient of a the 2018 Silver Reuben Award for Advertising and Product Illustration from the National Cartoonists Society for his work on the Creepy Nature sequential art installation for The Schiele Museum of Natural History.

He is also recipient of the 2019 Golden Aster Award for Healthcare Education for his work on the comic book SPARK: Rising From The Ashes.

He has been recognized with two awards for volunteerism within the National Cartoonists Society, receiving a Tim Rosenthal Award from the NCS in 2006, and The Meglin Award from the SECNCS in 2017.