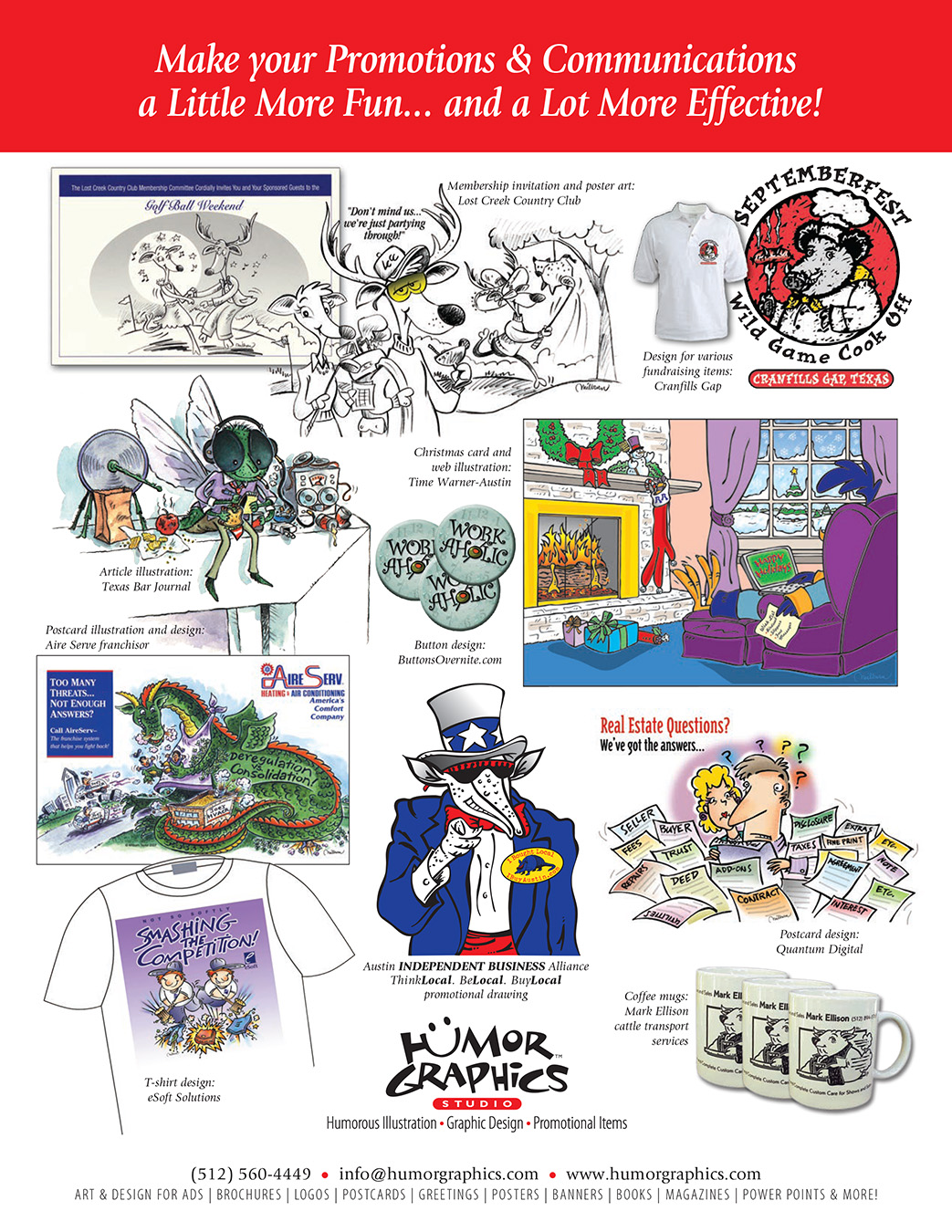 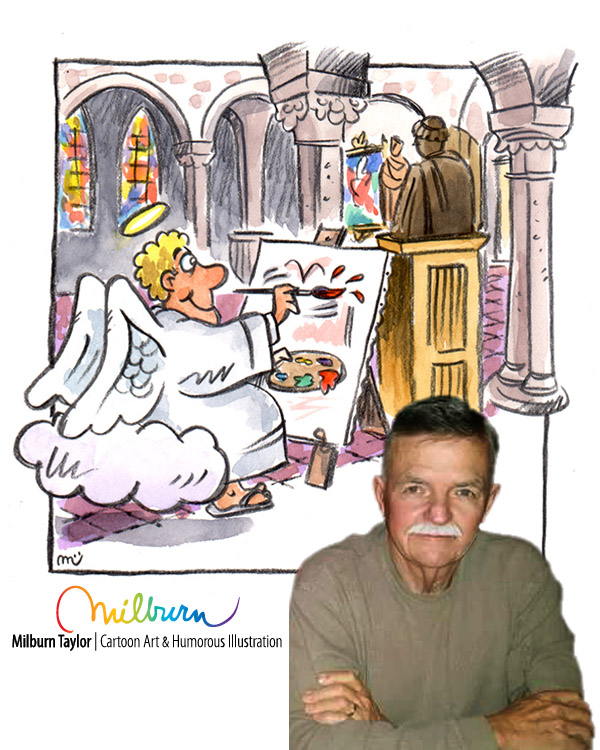 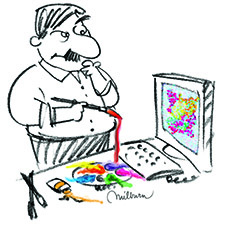 Milburn Taylor, a native Texan from the Dallas/Fort Worth area, is an advertising design graduate of the Art Center College of Design in Los Angeles, California, and the University of North Texas in Denton, Texas.

In late 2019 Milburn (now semi-retired) began to narrow his focus to cartoon art and humorous illustration, and to create art and merchandise to market through his HumorGraphics Studio.

Next on the horizon is a site dedicated to art that brings smiles to the whole family (coming soon!):

On the lighter side of business…
“A picture is worth 1000 words.” It’s true! Sometimes using cartoon art or humorous illustration is the best way to make your point. Milburn’s fun and friendly style of art is a great way to get your message noticed, and remembered! It can also be one of the best ways to “Win Friends & Influence Customers.”

Milburn and his wife, Ruth, a Marketing Professor, at Texas State University, have had the privilege of traveling throughout the United States, Canada, China, Japan, Mexico, England, Sweden, much of Europe, Morocco, Costa Rica, Peru, Ecuador, Guatemala and most recently Oaxaca, Mexico. These travels have helped him gain a unique perspective and an appreciation of other cultures and customs. In our increasingly multi-cultural society, this perspective seems more important than ever.

On the personal side…

Milburn is also an avid “wannabe” fly fisherman, and after 10+ years, he is still an absolute novice—catching more flies than fish.
But he loves the sport anyway! 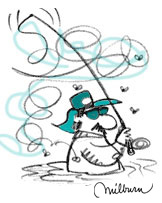