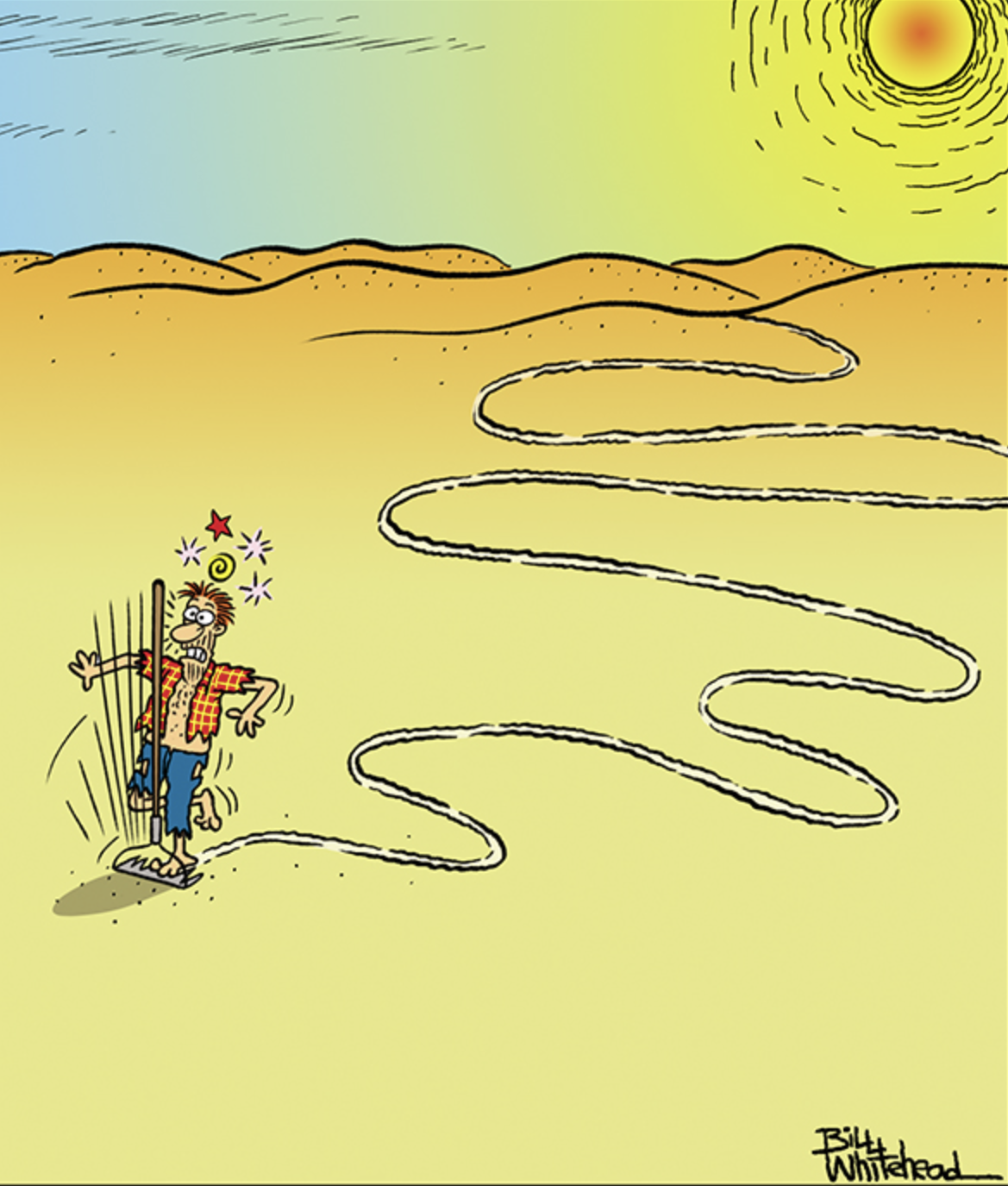 Bill’s career in cartooning started in the fifth grade, when he would copy drawings from comic strips, the New Yorker magazine and editorial cartoons. After a while he developed his own style, focusing primarily on the drawing. He soon realized his characters would need something to do and say, so he gave them their own odd little world to live in. Soon everyone around him became fair game. By college, Bill was cartooning for the school paper. Later, he created posters for book and record stores and freelanced for the Saturday Evening Post, Advertising Age, the Boston Phoenix, Wall Street Journal and King Features. In the ’80s, he syndicated Sidelines, a sports panel cartoon. Bill was a winner of a cartoon contest in the Saturday Evening Post and for a couple of years was named Best Editorial Cartoonist for weeklies in the state of Kansas by the Kansas Press Association. For 20 years Bill has written humor cards for Hallmark Cards in Kansas City, winning several citations for best-selling cards in his category. He has also done the weekly editorial cartoon for the Kansas City Business Journal from 1987 to 2007, which have appeared in Best Editorial Cartoons of the Year by Pelican Publishing for each of the past 11 years. His work is also included in the Cartoon Research Library at Ohio State University. Luckily for Bill, his wife has steadfastly supported his cartooning dreams of glory 100 percent while raising three children. When not drawing, you can usually find Bill playing guitar or piano with his rhythm and blues band. To Bill, cartoonists entertain others by entertaining themselves first. He’s having a great time with Free Range and hopes his readers are, too.