Mort Gerberg to be Honored with the Gold Key Award, inducted into the NCS Hall of Fame

The National Cartoonists Society takes great pleasure in announcing that the Gold Key Award will be presented this year to Mort Gerberg, for his widely-varied and successful career of over 60 years as a cartoonist.

The Gold Key, awarded by unanimous vote of the NCS Board of Directors, honors the recipient as a member of the NCS Hall of Fame.

In a 2019 retrospective exhibition, the New York Historical Society wrote:

Illustrated with a sensitivity and humor that have made him beloved by his audiences, Mort Gerberg’s work has been featured in major publications, including the New Yorker, Playboy and Saturday Review. Throughout his career Gerberg’s cartoons have been drawn from subjects ranging from social consciousness to music and sports. Known for combining artistry with intuitive wit, he chronicles and comments on contemporary events that become history.

Gerberg has written, edited and/or illustrated over 45 books for adults and children. They include: Cartooning: The Art and the Business, the most authoritative guidebook in the field since 1983; Last Laughs: Cartoons About Aging, Retirement … and the Great Beyond; The Art in Cartooning with Ed Fisher, Joy in Mudville: The Big Book of Baseball Humor, with Dick Schaap; The All-Jewish Cartoon Collection; Right on Sister; The High Society, Mort Gerberg on the Scene: A 50-Year Cartoon Chronicle (published by Fantagraphics) and the children’s books Why Did Halley’s Comet Cross The Universe?, Geographunny, and the best-selling More Spaghetti, I Say.

For television, Gerberg wrote and drew an animated fable, “Opportunity Buzzes” for PBS’s 51st State on Channel 13, New York, and wrote and drew three animated skits for the feminist show, Woman, on CBS, in 1972. He drew twice-daily topical cartoons and a weekly on-camera-drawing feature, “Cartoon Views of the News” for NBC’s Channel Four, New York in 1975-1978. In the early 1990s Gerberg was also a content provider for ABC-TV Multimedia, Prodigy, America Online and, online, BookWire.com.

His work expanded into on-the-scene sketch reportage assignments for print and television, drawing and writing about national and international events. They included “swinging London” in 1967, The Democratic National Convention in Chicago in 1968, The New York Mets’ pennant win in 1969, an African safari in 1972, New York Knick fans in 1973, and the U.S. Open at Forest Hills in 1976.

Mort’s work was often ahead of its time, tackling such subjects as women’s rights and racial inequality, among others. In 2014, The Library of Congress acquired 79 of Gerberg’s original pen and ink drawings for cartoons and reportage that had been published in several different venues.

His generosity and enthusiasm towards his fellow established artists and young up-and-coming cartoonists has been a large part of his career, and his voluntary contribution to the National Cartoonists Society is deeply appreciated. Mort taught cartooning for over 15 years at New York City’s Parsons School of Design and for the New School’s distance learning program.
He has shown no signs of slowing down: At the age of 90, he would still make the trip on foot to the New Yorker magazine’s offices at One World Trade to pitch his batch of new gags to the Cartoon Editor. As the star pitcher on the New Yorker softball team, he is affectionately known as Mort “The Fort” Gerberg.

Mort will join the NCS Hall of Fame alongside the following 16 inductees:

The presentation of the award will be part of the 2021 Reubens Weekend, which, after a member poll, will once again be held virtually as NCSFest on the weekend of October 15. Stay tuned for updates on the announcements for the weekend’s schedule.

Below is a small selection of work from Mort’s 60-year career. More will be shared during the NCSFest weekend’s presentation. More can be seen at mortgerberg.com 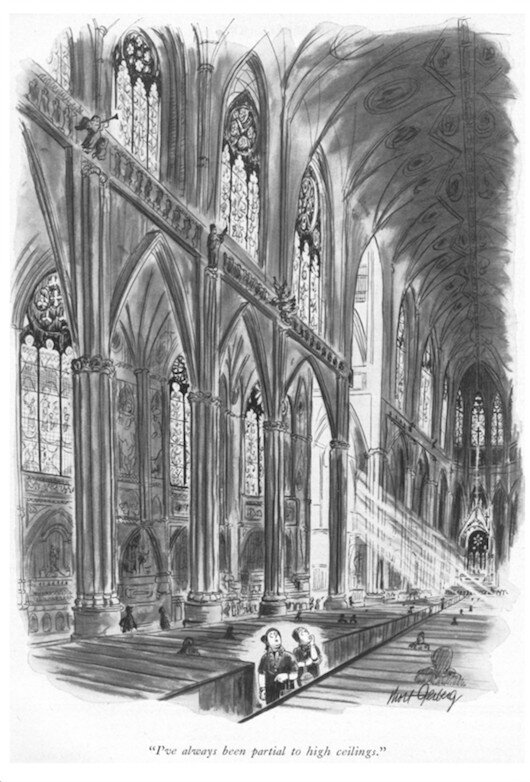 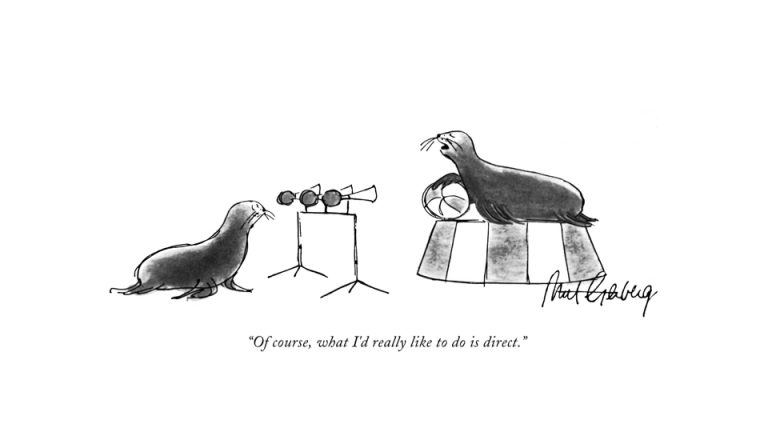 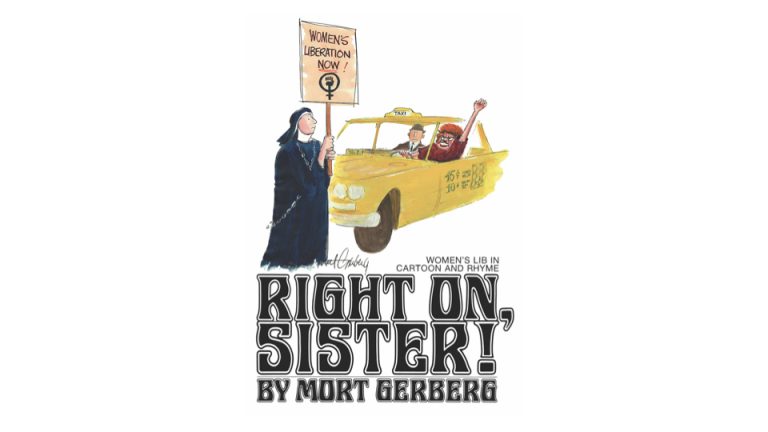 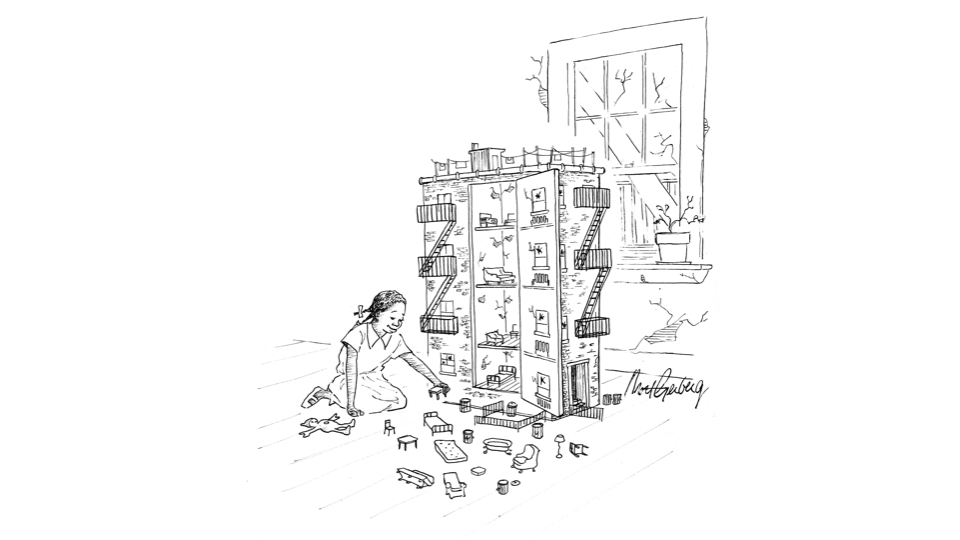 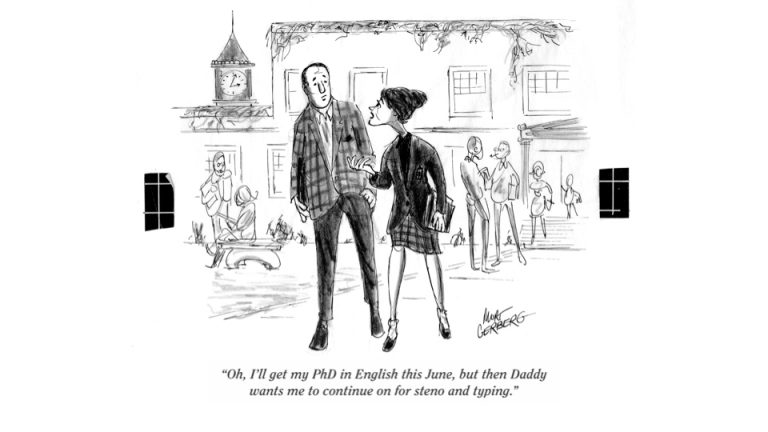 Published in the Saturday Review in 1962 (at the start of the women’s liberation movement.) 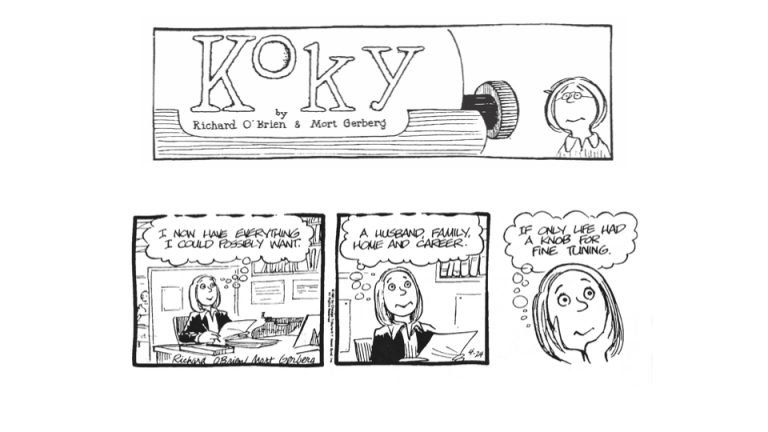 Koky, co-created and written by Richard O’Brien, was syndicated from 1979 to 1981 by the Chicago Tribune-New York News Syndicate. (In 2007, Ramble House collected the strip’s entire run into two books, one for the dailies and one for the Sundays. 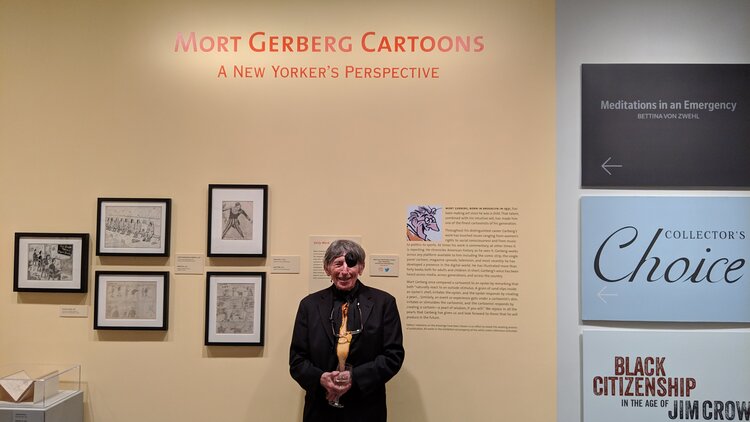 Mort at the opening night of his exhibition at the New York Historical Society, Feb 14, 2019.

Lamb Chop in the Land of No Manners – Guest Artist on Shari Lewis home video, drawing while acting with Shari and puppets.