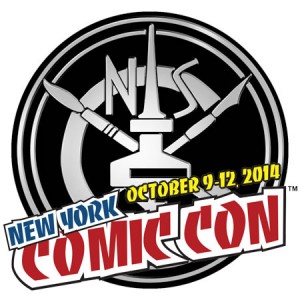 As part of its mission of outreach to industry professionals and the general public, the NCS will start having a presence at several other major comic conventions, starting next month at the New York Comic Con. The NCS will have a booth at NYCC, and local members will be making appearances there to meet and greet the attendees, sign autographs, sell stuff and otherwise promote the NCS and the art of cartooning. The NCS will also be selling it’s popular Comic-Con T-shirts onsite, including our 2104 “Batman” themed shirt, as well as giving away the inaugural copy of our new magazine “National cartoonist” absolutely free!

If you are planning on attending the New York Comic-Con, look us up and come by and say ehllo! We’ll be posting a list of cartoonists and their appearance times here on the website in the next few weeks.

Hope to see you at NYCC!