The National Cartoonists Society and its Toronto Chapter spent the weekend at the Toronto Metro Convention Centre, where they had a booth for Toronto ComiCon 2015. Appearing at the booth were Illustrator Mike Cope, “Between Friends” creator Sandra Bell-Lundy and MAD Magazine artist and NCS president Tom Richmond. Lots of fans were met, autographs signed, sketches done, and fun had by all! 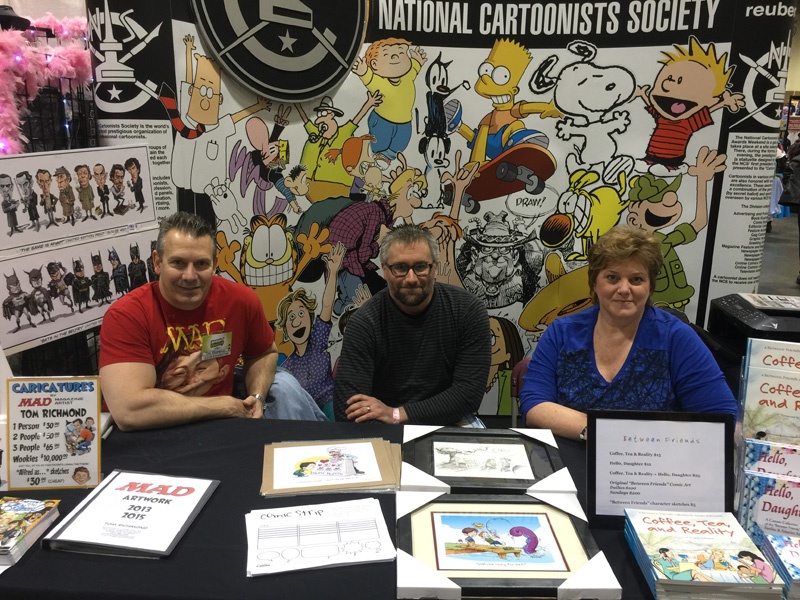 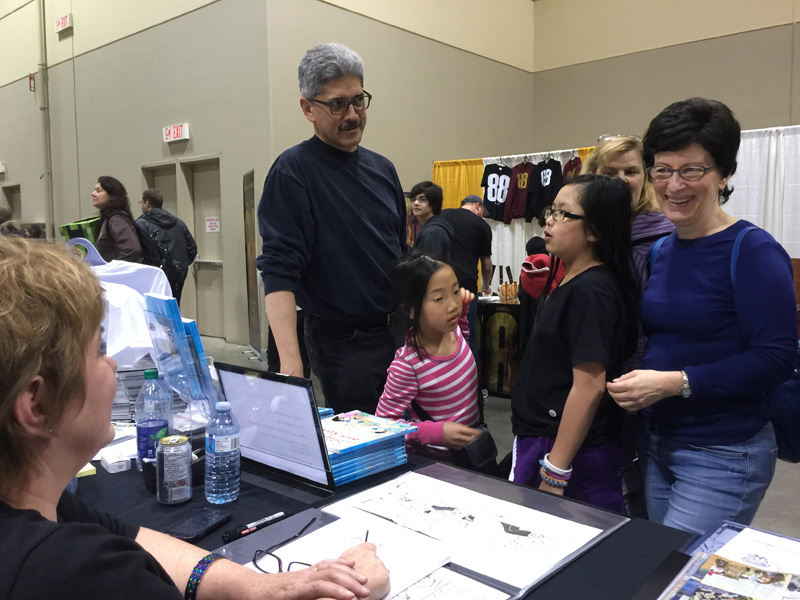 Sandra chats with some fans of “Between Friends” 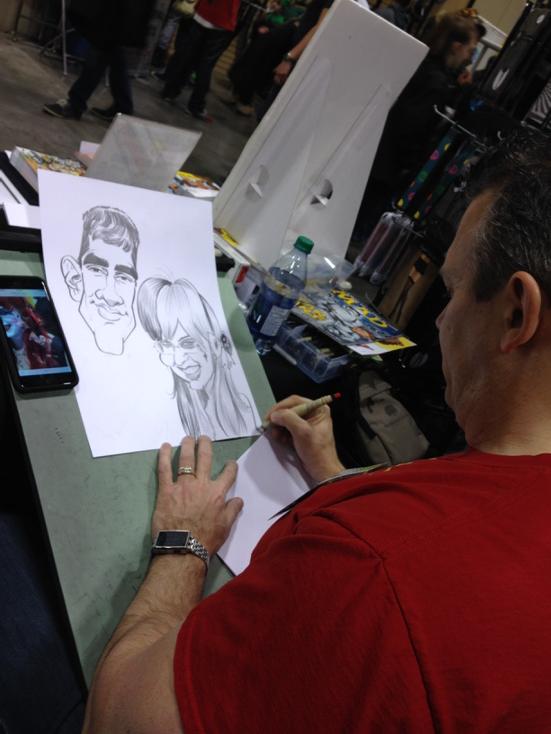