On Friday evening, July 10th in San Diego California, the Will Eisner Comic Industry Awards were held at the Bayfront San Diego Hilton Hotel. The Eisner Awards are a longtime institution of Comic-Con International San Diego and are regarded as “the Oscars of the comic book industry.” Newly minted NCS Cartoonist-in-Chief Bill Morrison and his vivacious wife, Kayre, were in attendance to present the first three awards of the night. Later in the program, the couple was dumbfounded when they were called back to the stage to receive the Bob Clampett Humanitarian Award. 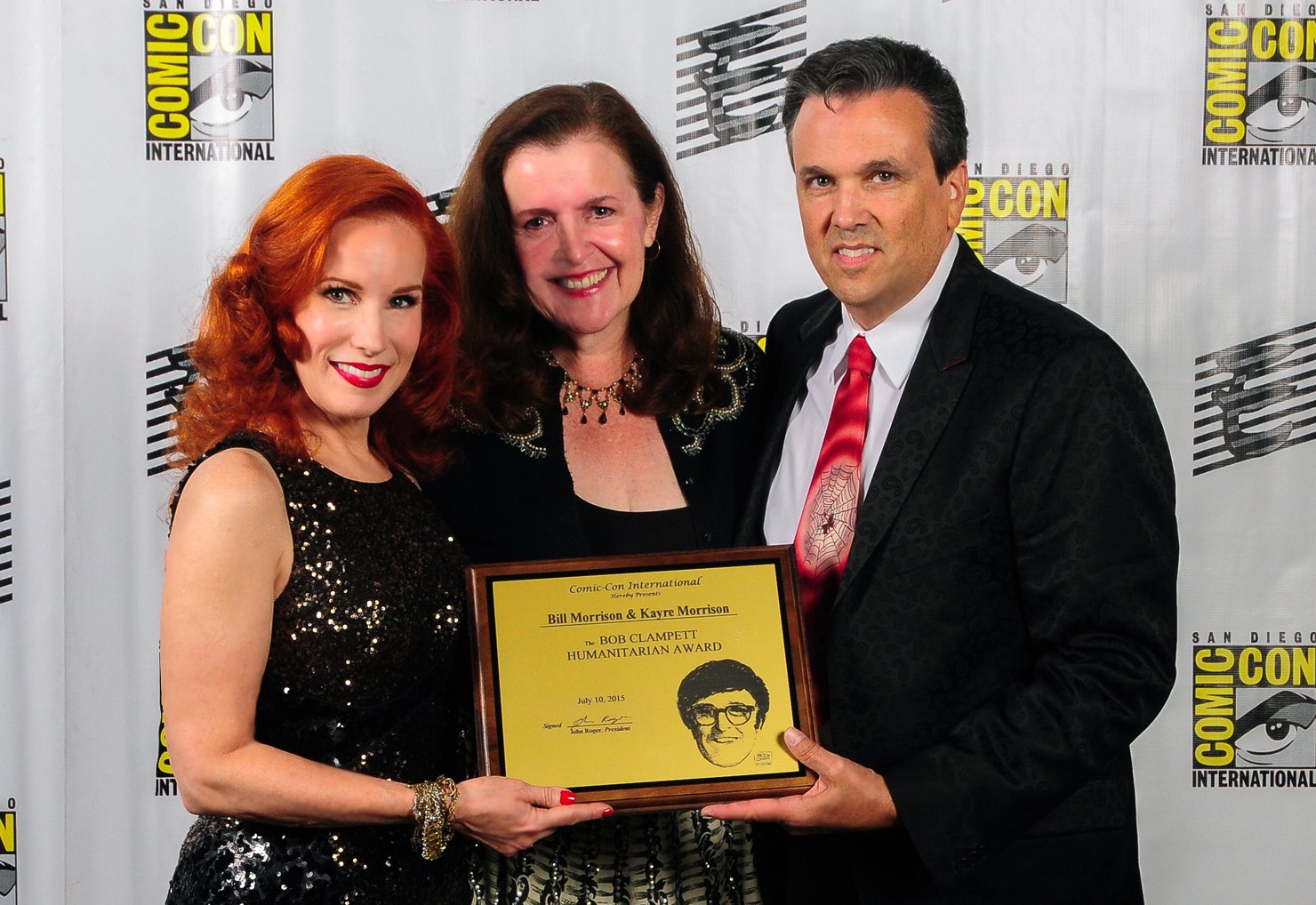 The award is presented in the name of famed animator Bob Clampett, who created the TV shows Time for Beany and Beany and Cecil, designed such popular animated characters as Porky Pig and Tweety Bird, and directed 84 classic Warner Brothers cartoons. Clampett was a regular guest at Comic-Con in the 1970s and early 1980s. After his death in 1984, the humanitarian award was created to honor those people in comics and the popular arts who have worked to help others. The Comic-Con committee selects a recipient annually. Among the many notable awardees over the years are NCS members Sergio Aragonés, Jack Kirby, Will Eisner, Jerry Robinson, Joe Kubert, Mark Evanier, Jeannie Schulz, Chris Sparks, Morrie Turner, and Patrick McDonnell.

Bob Clampett’s daughter, Ruth Clampett, presented the award to the Morrisons for their work raising money for charities such as The Milt Gross Fund, The Hero Initiative, Bowling for Boobies (a charity fundraiser that helps women with breast cancer), Tiny Loving Canines dog rescue, and also various individual cartoonists and comic shop owners in need.

Bill commented “We want to thank the people who made it possible for us to raise so much money for so many great causes. Whenever we’ve put out a call for art donations to do an auction, or for monetary donations, or for cool items with which to fill goodie bags, our friends in the comics and cartooning community have responded with jaw-dropping generosity! To everyone who’s ever said yes when we asked for help, thank you so much! Without you our work would be for nothing.” Kayre added “And get ready, because we’re about to hit you up again for another charity art auction!”