Frank Modell , one of the great cartoonists for The New Yorker, and for all time, died on May 27th. Roger Angell, a New Yorker legend in his own “write,” offered a wonderful remembrance of Frank in the 6/20/16 New Yorker, which is a must-read for anyone in this field. You can see it at http://www.newyorker.com/…/20…/06/20/postscript-frank-modell. 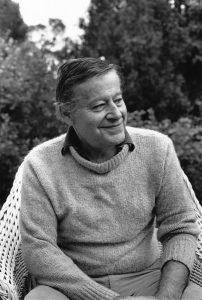 (I sent Roger the following thank you note, which he in return, asked me to share.)

I just wanted to thank you for your beautiful postscript about Frank Modell. “Yes, yes, yes,” I repeated, as I read it, agreeing with every word.

Yet, there was more “Frank” for me. I loved being with him because he was kind and generous, particularly when I, as a young, timid cartoonist, first met him outside Jim Geraghty’s office — and he spoke to me as if he’d known me all my life, as if he and I BOTH were cartoonists. When I was around Frank I was able to stand a little taller.

Then, one day at the magazine in the late 70’s, after my work had been appearing for about 10 years, Frank suddenly asked me to take over the cartooning class he had been teaching at Parsons School of Design. “I’m too busy,” he said, “and you could do it as well as I.”

I trusted his judgment, not mine, and, lifted by his confidence, I taught the class for over 15 years. And, based on the experience, and what I learned, I wrote, “Cartooning: The Art and the Business,” which became the go-to book in the field, and, for me, the most important contribution I ever made to cartooning. Because of Frank. Yes, like his elephant, I remember.

So, I’m grateful and feel very lucky that I got to know him well enough to be able to say, yes, that was Frank, when I read your piece. Thanks again for writing it.