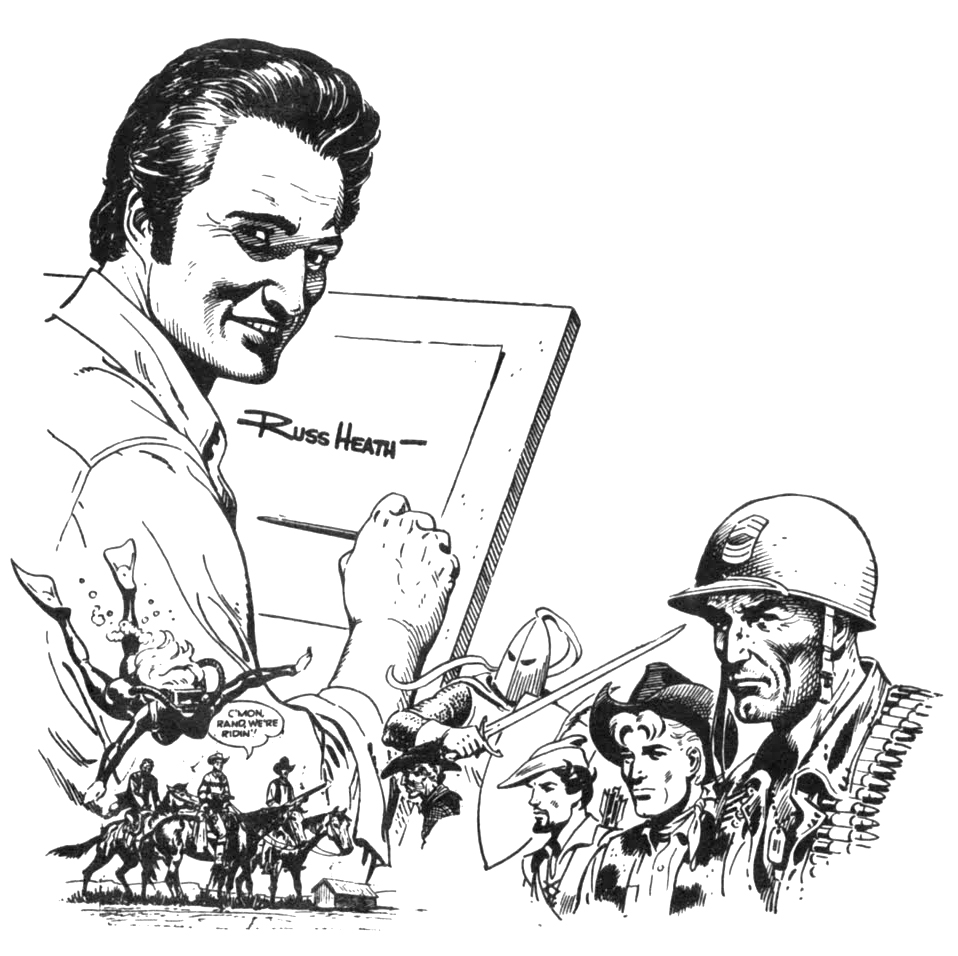 The award, named for Terry and the Pirates creator and former NCS President and co-founder Milton Caniff, is awarded by unanimous vote of the NCS Board of Directors. It is given for a lifetime of outstanding and accomplished work to a cartoonist who has not previously won the organization’s highest honor, the Reuben Award for Outstanding Cartoonist of the Year. 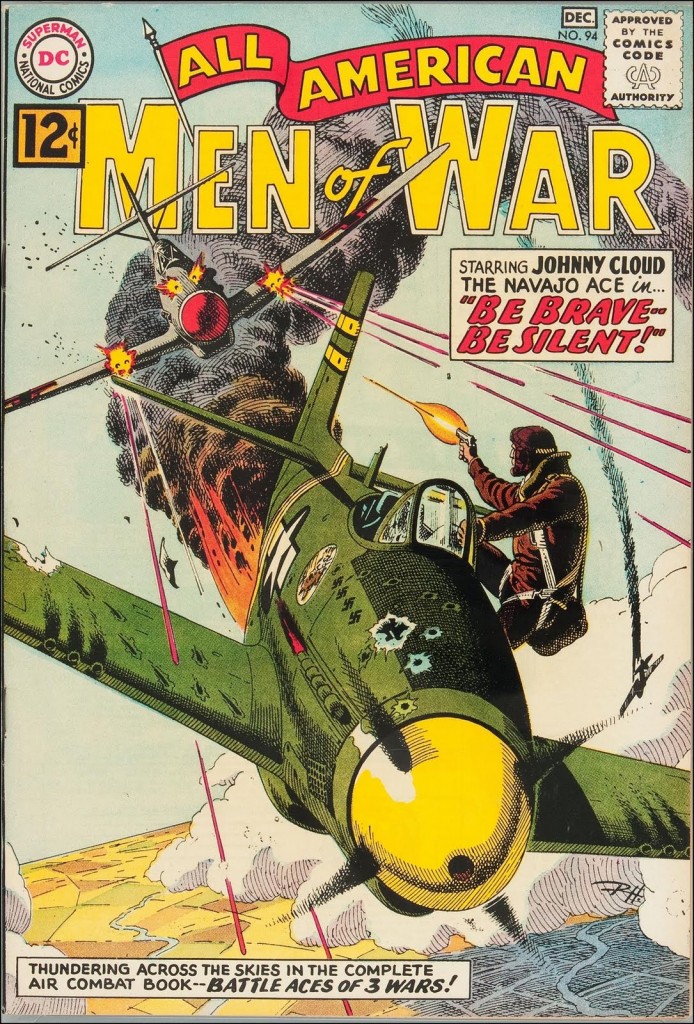 Russ Heath may be best known for his stunningly authentic work in DC Comics’ war titles such as G.I. Combat, Our Army at War, and Star Spangled War Stories, but the versatile artist has worked in an amazingly wide range of genres over the past seven decades.

Heath began his career in comics at age sixteen when he inked a story entitled Hammerhead Hawley for the April 1944 issue of Captain Aero Comics. In 1946 he joined Timely Comics (now known as Marvel), mostly illustrating western characters such as “Two-Gun Kid” and “Kid Colt.” 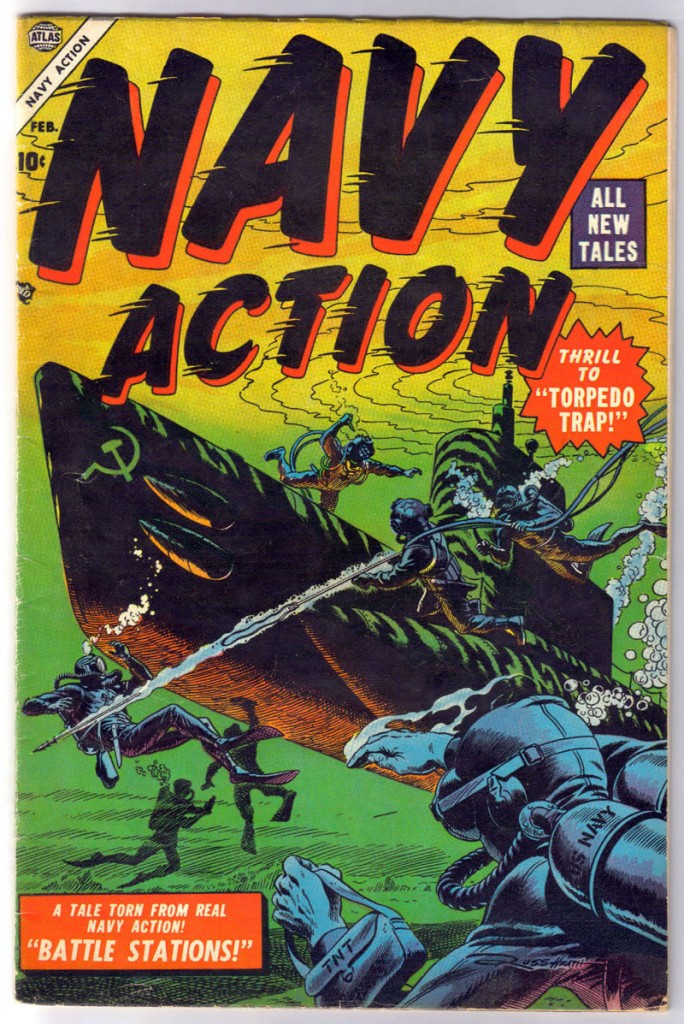 As the tastes of comic book readers changed, so did Heath’s assignments. Throughout the 1950’s he continued to draw westerns, but also added Horror (Strange Tales), War (Frontline Combat) Super Hero (The Human Torch), Humor (MAD), Science Fiction (Unknown Worlds), Crime (Justice), and even Romance to his repertoire.

In the early 1960’s Heath’s work began appearing in several of DC Comics’ war and adventure books. While at DC he co-created two popular features, The “Haunted Tank,” and “Sea Devils,” both with writer-editor Robert Kanigher. In 1962, artist Roy Lichtenstein appropriated one of Heath’s panels from All American Men of War that depicted a fighter jet exploding. It became the iconic pop art painting, Blam. 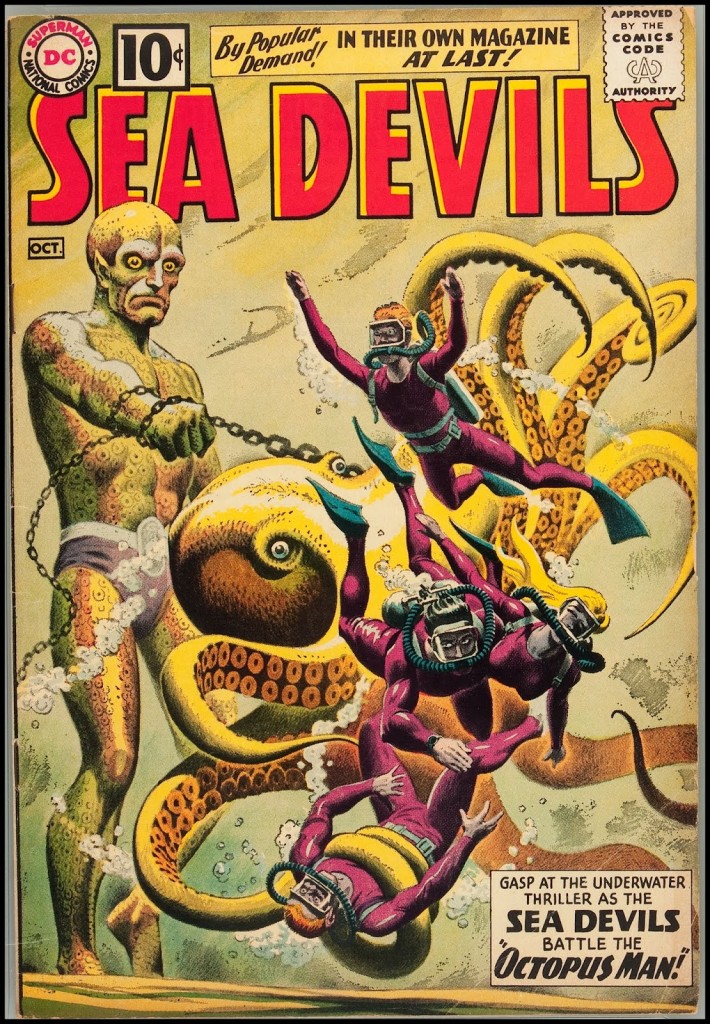 Russ Heath also spent time in the swingin’ ‘60’s working with Harvey Kurtzman and Will Elder on Playboy’s Little Annie Fanny strip. He even took up residence at the famous Chicago Playboy Mansion in order to help meet a tight deadline on one installment. He then stayed for a number of months after the job was finished until somebody noticed he didn’t belong there any more and kicked him out. 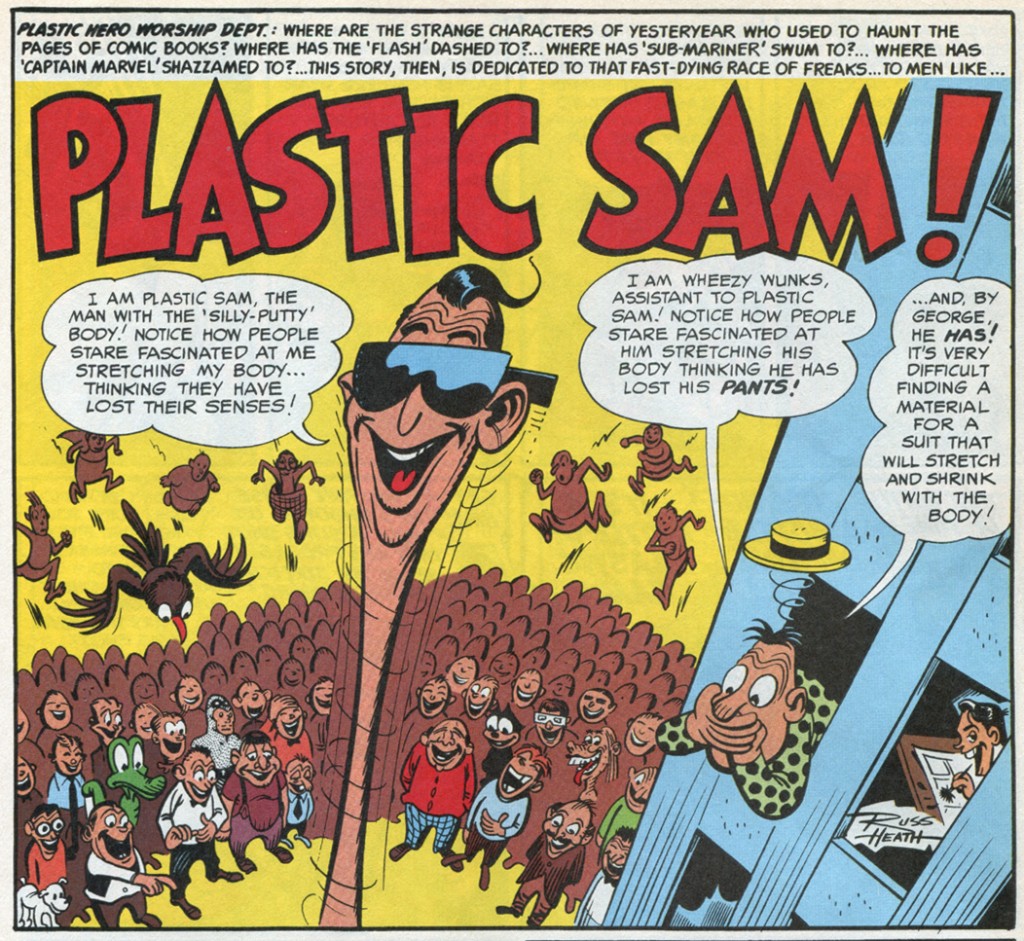 Comic book readers of the 1960’s and 1970’s should be very familiar with two Russ Heath drawings that graced the back covers of hundreds of comic titles for many years. The elaborate illustrations depicted Roman and Revolutionary War battle scenes to entice kids to stuff their allowance money into envelopes and send away for plastic toy soldier sets. Though Heath was only paid $50 for the two drawings, they were probably seen by more readers than any of his regular comic book work. 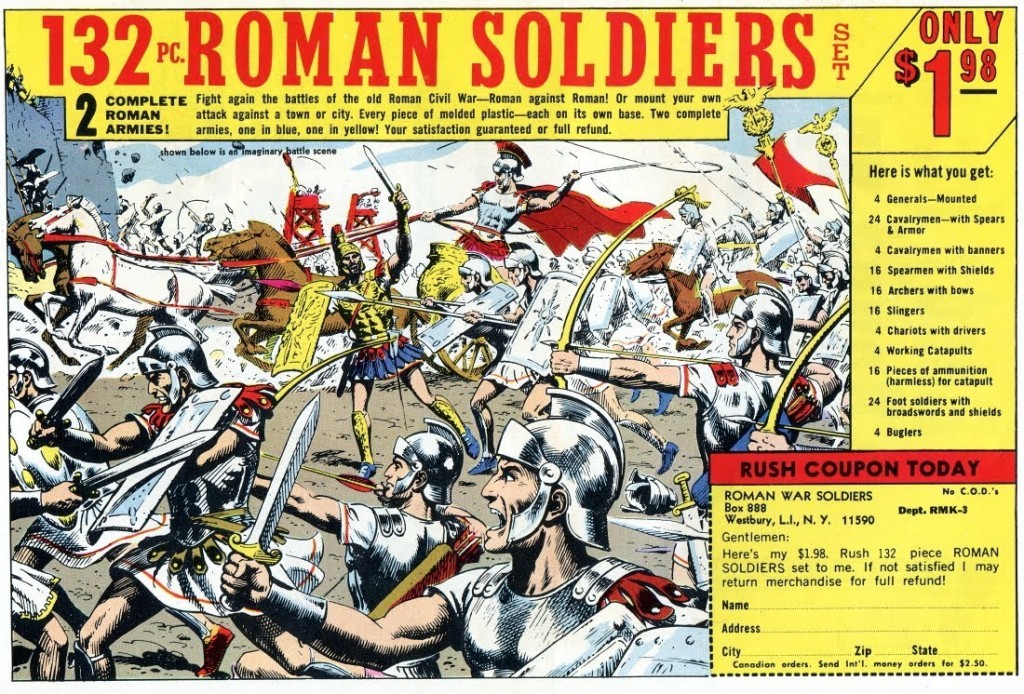 In addition to working in comics, Heath has lent his talents to the animation industry, providing layouts and design for such memorable shows as Godzilla, The Tarzan/Lone Ranger/Zorro Adventure Hour, Robocop, Pryde of the X-Men, and G.I. Joe.

Heath also worked in the realm of syndicated newspaper strips in the early 1980’s, reviving The Lone Ranger with writer Cary Bates for the New York Times Syndicate.

In recent years Heath has been extremely busy accepting commissions from his legion of fans to recreate some of his greatest comic book covers.

Russ Heath was inducted into the Will Eisner Hall of Fame in 2004 and was awarded the Sergio Award by the Comic Art Professional Society in 2010. 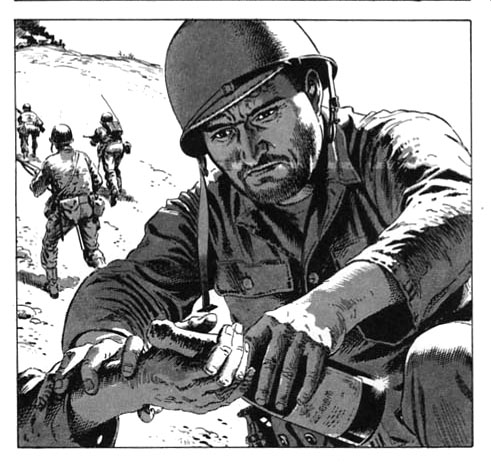