THE CARTOONISTS WILL MEET THEIR FANS IN PORTLAND 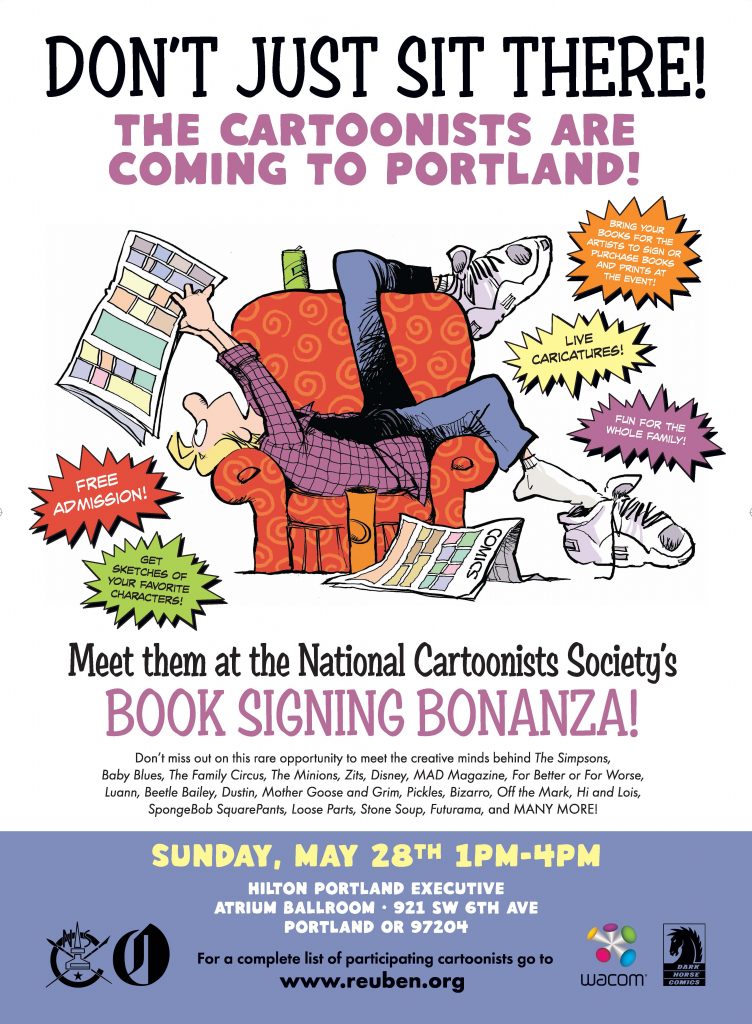 Members of the National Cartoonists Society will be participating in a group signing event during the Reuben Awards weekend in Portland Oregon over the Memorial Day holiday weekend. The signing will take place on Sunday, May 28th from 1-4 pm in the Atrium Ballroom of the Hilton Portland Hotel, 921 SW 6th Ave. in downtown Portland.

Admission to the event is free to the public, and the cartoonist will be signing books and sketching for their fans. Attendees are encouraged to bring their own items to sign, but many cartoonists will also have books and prints available for purchase.

Wacom will also have Cintiqs set up with projection screens and several cartoonists will be drawing live digital caricatures for fans.

Below is a complete list of all the participating cartoonists:

Lynn Johnston (For Better or for Worse, Universal Press Syndicate)