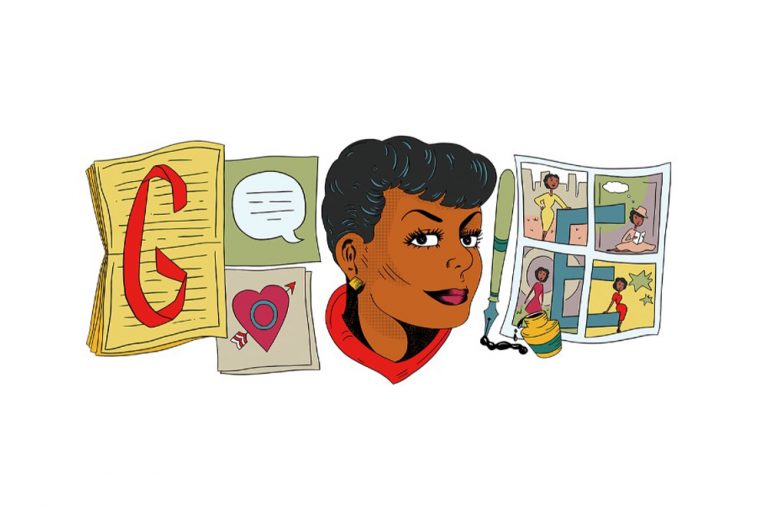 Google’s search website has been updated in honor of Jackie Ormes, a Black cartoonist and activist who challenged the disparaging portrayals of Black characters in media in the 1940s.

Jackie Ormes was the first African-American woman cartoonist who blazed a trail beyond the funny pages that went from her birthplace of Pittsburgh, PA, to Chicago and stretched into homes nationwide.

Born on August 1st, 1911, Jackie began her cartooning career as arts editor of the Monogahela High School yearbook. During high school years, she began writing for the Pittsburgh Courier, one of the most influential black newspapers in the world. The writing was a foot in the door but her greatest ambition and talent lay in cartooning.

She soon began comic strip featuring her character Torchy Brown, making her the first nationally syndicated African American woman.
Torchy took a hiatus when she went to work for The Chicago Defender in 1942, but by 1945 she was back again at the Courier this time with Patty-Jo and Ginger. The characters would mark an important turning point not just in her career but also in American pop culture. Jackie leverage the popularity of Patty-Jo with toy doll company Terri Lee and in 1947 they began producing Patty-Jo dolls. The dolls were the first of it’s kind in America to feature a realistic and positive portrayal of an African American child. The dolls remain a popular collectible to this day.

In the 1950s, Ormes brought back Torchy Brown, with her comic strip Torchy in the Heartbeats.
Through her comics, and her real-life advocacy Ormes unflinchingly confronted the issue of racial injustice and inequality.

Her work resonates to this day and remains both beautifully drawn and socially relevant.
The doodle itself was illustrated by Philadelphia-based guest artist Liz Montague.