The Upstate NY chapter hit the road in November and gathered at Pickerel Pound, home of the John Hart Studios, for a wonderful day of fun and frivolity. Seeing so many Johnny Hart originals was amazing and inspiring. 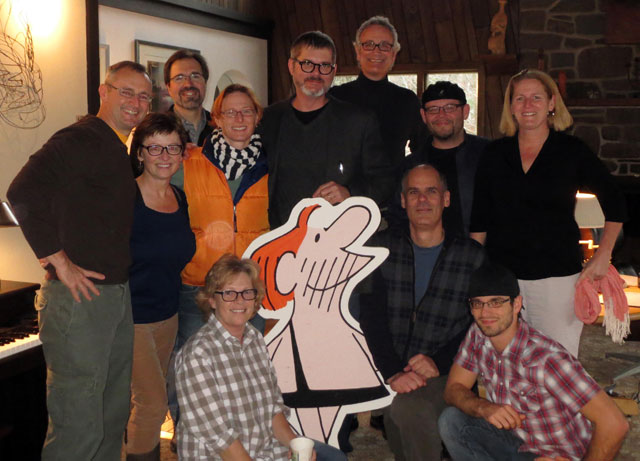 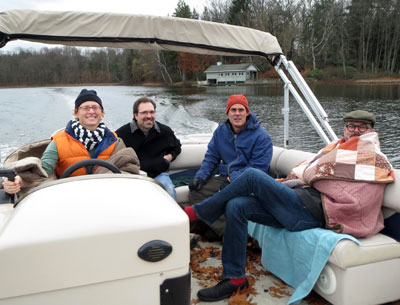 Hillary Price got the ball rolling and Patti Hart reached out to our chapter to make it a party. I told Patti there’d be no party without some good craft beer. After a short history lesson on the brewing practices in America, she stocked up the fridge and she hit it out of the park. Thanks, Patti!

Bobby, Patti, Perri, Mason and Mick were wonderful hosts showing us their studio and original artwork. Some of the hardier souls went for a boat ride on the pond (this was in November and it was cold). They weren’t out too long before frostbite started to set in.

Our chapter extends pretty far to the east so it’s not often we get to see members from the central NY region. It was great seeing and meeting members that I only knew by name. We had such a great time we’re talking about doing it again in the summer.